ARRAY is the Rebirth of the African-American Film Festival Releasing Movement (AFFRM) Founded by filmmaker Ava DuVernay in 2010.

Our work is dedicated to the amplification of independent films by people of color and women filmmakers globally. Varied voices and images in cinema: Array now!”

Read Our Reviews and Coverage of ARRAY’s (formerly AFFRM) Releases

Join a Community of Film Artists and Film Advocates Who Want More Varied Voices and Images in Cinema. Take action at www.arrayaction.com. Thank you for rebelling with us! 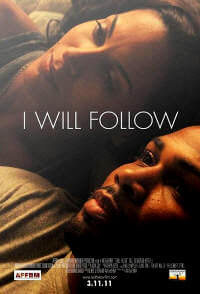 "In essence, what we're doing is empowering ourselves by distributing our own images. There are robust black film organizations all over the country. Our goal was to organize ourselves into a releasing entity, and our mission is to support black cinema in a very specific way by offering a handful of black indies a theatrical release," explained DuVernay. "We simply want to offer African-Americans quality black films, while at the same time create a safe haven for filmmakers of color to share their stories, their way."

The first AaFFRM release is slated for March 11, 2011 with the festival award-winning feature, I WILL FOLLOW. Starring Salli Richardson-Whitfield and Omari Hardwick, with Blair Underwood and Beverly Todd, the film is an official selection of AFI Fest, Chicago International Film Festival, RiverRun Film Festival and winner of Urbanworld Film Festival for Narrative Audience Award.

Ava Duvernay - On Ownership and Self Distribution of Movies