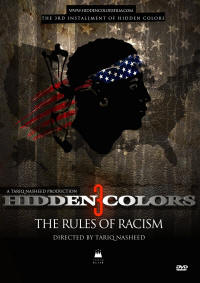 Hidden Colors 3:The Rules Of Racism (2014)
Click to order via Amazon

Hidden Colors 3: The Rules Of Racism is the third installment of the critically acclaimed documentary Hidden Colors series. This installment of tackles the taboo subject of systematic racism. The film explores how institutional racism effects all areas of human activity, and the rules, laws, and public policies that are utilized to maintain this system. Hidden Colors 3 features commentary from a diverse group of scholars, authors, and entertainment icons, which includes actor/rapper David Banner (The Butler), comedian Paul Mooney (The Chapelle Show), New York Times Best selling author Tariq Nasheed, Civil Rights activist/comedian Dick Gregory ,Hip-Hop legend Nas, and many more. 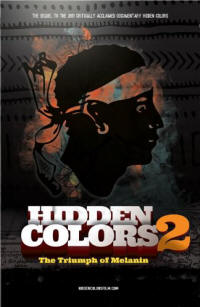 Hidden Colors 2: The Triumph Of Melanin (2012)
Click to order via Amazon

Hidden Colors 2 is the follow up to the critically acclaimed 2011 documentary about the untold history of people of African and aboriginal descent. This installment of Hidden Colors goes into topics such as: .The global African presence * The science of melanin * The truth about the prison industrial complex * How thriving black economic communities were undermined in America * The hidden truth about Native Americans * And much more 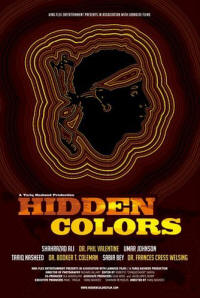 Hidden Colors: The Untold History Of People Of Aboriginal, Moor, and African Descent (2011)
Click to order via Amazon

Hidden Colors is a documentary about the real and untold history of people of color around the globe. This film discusses some of the reasons the contributions of African and aboriginal people have been left out of the pages of history. Traveling around the country, the film features scholars, historians, and social commentators who uncovered such amazing facts about things such as: *The original image of Christ *The true story about the Moors *The original people of Asia *The great west African empires *The presence of Africans in America before Columbus *The real reason slavery was ended And much more.