Eddie’s Big Brother on Belatedly Making It on His Own
Charlie Murphy Interviewed by Kam Williams
Published: Thursday, June 7, 2007 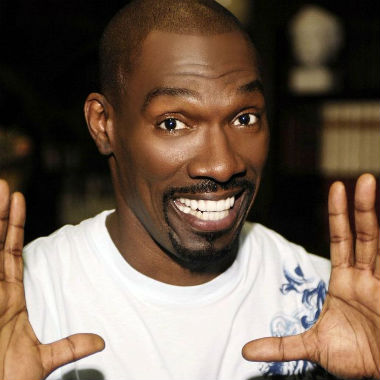 Charles Quinton Murphy, Jr. was born in Bushwick, Brooklyn on July 12, 1959, but raised in Roosevelt on Long Island by his mother, Lillian, and stepfather, Vernon, after the stabbing death of his dad, Charles, Sr. While his brother Eddie was breaking into show business, Charlie was serving his country in the U.S. Navy.

By the time he was honorably discharged in 1984, Eddie had already skyrocketed to fame, having parlayed his success on Saturday Night Live into starring roles in 48 Hours, Trading Places, and Beverly Hills Cop. Charlie would follow in his sibling’’s footsteps, making his big screen debut in Harlem Nights, and following that up with roles in such feature films as Mo’ Better Blues, Jungle Fever, The Players Club, King’’s Ransom and Roll Bounce.

But he really came into his own relatively recently, as a regular on Chappelle’’s Show, where he contributed both as a writer and by appearing in memorable skits playing himself and such characters as Buc Nasty and Donald Rumsfeld. Here, he talks about his work in Norbit, which he co-wrote with Eddie while serving as the voice of Floyd the Dog.

KW: How was it collaborating with Eddie again on Norbit?

CM:  I’m really happy with the result. It was kind of like a redeeming thing, because we did Vampire in Brooklyn together, so I was glad that he gave me another shot to work with him after that. And we hit a home run this time, so it gets me out of the dugout.

KW: How would you describe your brand of comedy?

CM: Real. I don't make up stuff. I give my opinion on real activity. I look at the world and I find the funny in it, because there’s funny in everything. No matter how ugly it may be, there’s a funny way to look at it.

KW: Since you’ve done voiceover work in commercials for Budweiser, and you're also a veteran, would you consider doing the same thing for the military, like Keith David, who’s currently the pitchman in the Navy’s ’Accelerate Your life’ ads?

CM: You mean would I go and try to get somebody to join the military?

CM: No. I would not. I went into the military, because I wanted to get an education, not because I wanted to fight anybody. And I would think that most of the people in the military now went in to get an education. But it’s a sad situation which has basically degenerated to the point where now I’m hearing about people having their kids taken away from them. This is a really horrible situation, and when it’s over, it will be a good day, ’cause this is something that’s long overdue. I wouldn’t tell nobody to go into the military, ’cause right now Ain't a good time to go in there. A lot of people are dying, and in my opinion, they’re dying for nothing.

KW: Will you be working with Eddie again in the future?

CM: Yeah. we're always gonna work together. Whenever we're around each other, whenever we talk to each other, all the conversation is about is what can we come up with.

KW: Who besides your brother have you enjoyed working with?

CM: Pretty much everybody, from Lou Gossett and Pearl Bailey to Wesley Snipes. Charlie Murphy has been around for a long time. I’ve worked with a lot of exciting artists, and it was a thrill to be around to watch them display their skills.

KW: Are you hoping to hook back up with Dave Chappelle?

CM: I don't think there’s a person in the industry that wouldn’t love to work with Dave Chappelle. That’s a no-brainer. You know what I’m saying? But that’s all up to Dave.

KW: Yep. Have you been in touch with him?

CM: I’ve seen him out in San Francisco. He’s out there quite a bit. But it’s not like I walk around begging for jobs. I’m doing quite well, and the brother seems like he’s enjoying himself, though. I never put any pressure on him. I’ve never done that since he’s known me. So, I don't bring up anything. We keep it real professional, and talk about jokes. We haven't taken it any further than that.

KW: Do you think he might be coming back to TV?

CM: I don't know what he’s gonna do, man, nor do I waste time thinking about it. I got kids, a wife, and my own life to worry about. Dave Chappelle is a grown man, and whatever decisions he’s made in life, he has to walk with it. He seems to be happy. I don't take it any further than that, or try to break it down, or worry about what Dave’s gonna do. I don't need Dave Chappelle. Okay?

CM: He’s not the reason why I’m doing what I’m doing. It’s because I have a higher power that I believe in, and I was blessed. What’s happening with me has got nothing to do with no man that walking on this planet. So, God bless Dave Chappelle, and I’m just happy that he’s doing stuff that makes him happy now.

KW: What types of roles are you looking for now?

KW: I see that you have a lot of films already on the horizon: Bar Starz, Perfect Christmas, Three Days to Vegas, Universal Remote, Twisted Fortune, Dress to Impress’

CM: Yeah, I’m working man. For me, it’s like this. And this was the same approach to being on the Chappelle show. If you have talent, and you have the ability to get the footage, then get the footage, because that’s going to deliver you, because people can see you do your thing. I threw a whole bunch of stuff at the wall.

KW: you're going to be in Unearthed, which is a horror film. Now, normally, the brother is the first person to die in a scary movie. Are you going to be the first to get killed in that film?

CM: No, I’m not the first person to die. I’ve seen that film, and I really enjoyed the way it looked. It has a nice feel and look, and I think people are going to like it man.

KW: And what is Bar Starz about?

CM: It’s a spoof of the bar scene, but it takes place over three generations, like the Seventies, Eighties and Nineties. It’s really funny. And I had a lot of fun working on that with my boy Affion [Crockett]. I met him on the show Wild ’N Out. He’s a good friend of mine. We also worked together on Universal Remote. So, I had fun doing this movie as well.

KW: I know that you're a doorman in that picture. Let me guess, you're playing a bouncer who decides whether someone can get into the nightclub?

CM: Yeah, that’s exactly what I do.

KW: How do your kids feel about what you do?

CM: The one that lives with me doesn't like it. I'll tell you his exact words? ’I don't like acting because that’s what keeps me from seeing you."

KW: That’s heartbreaking. How old is he?

CM: He’ll be eight this month.

KW: So, when you go off to make a movie or do a TV show, you're usually a long way from home.

CM: Yeah, it’s not all flashing lights and smiles, there’s pain, too, with this, and a lot of it. People don't realize that. My son has a day at his school called Daddy’s Pizza Day which I’ve missed for two consecutive years. And that’s like an arrow through the heart, man.

CM: Well, I didn't get famous till I was 45 years-old, so, I don't think you want to follow in my footsteps. [Laughs] You want it to happen for you when you're a whole lot younger. That’s my advice. Do it quicker than I did it.

KW: I see you're doing stand-up at Caroline’s in New York this weekend.

CM: Yeah, I think you need to come and check my show out, because I got something for you.

KW: Will do. Thanks for the time, Charlie

CM: God bless you. I appreciate your spending time talking to me.

KW: See you at Caroline’s.