Jill Scott: The “Why Did I Get Married” Interview
Jill Scott Interviewed by Kam Williams
Published: Monday, April 5, 2010 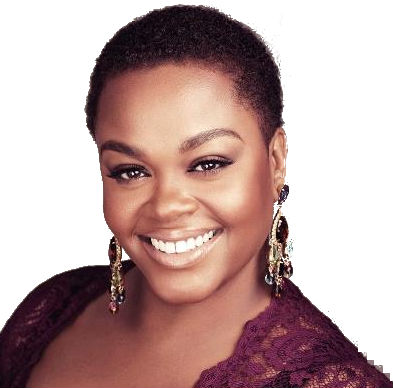 Jill Scott was born on April 4, 1972, Jill Scott, an only child, was raised in North Philly by her mother and grandmother. After graduating from the Philadelphia School for Girls, she worked two jobs while attending Temple University where she studied teaching for three years before dropping out after being disillusioned about the profession.

Next, she bounced around in a variety of odd jobs until she met with overnight success as an R&B singer. Her very first album, Who Is Jill Scott, which was released in 2000, went double platinum, and the rest, as they say, is showbiz history.

Now, she not only has a new CD, The Real Thing, but can also currently be seen in theaters making her impressive big screen debut in the nation's #1 movie at the box office, Tyler Perry's Why Did I Get Married.

Here, she talks about her role as Sheila, a woman stuck in a loveless marriage with an abusive husband.

Jill Scott - The Why Did I Get Married Interview

JS: I couldn't stop reading the script. It was funny, and it was truthful.

And being a married woman, you get an opportunity to see yourself on paper, or onscreen. So, I thought, "This is good. I want to be involved."

KW: How would summarize the plot?

JS: Why Did I Get Married is about four couples who, every year, take a retreat together. And they’re there, basically trying to save each other's marriages, as well as their own. It's honesty and counseling through friendship and camaraderie. And this year, the stakes go way high, because there've been some secrets going on, and it's all coming to a boiling point.

KW: Tell me a little about your character.

JS: I play Sheila. Sheila is unhappily married, although she doesn't know it, I don't think. She's married because that's what she believes God wants for her. She does love the man, but it's not necessarily reciprocated.

KW: How did you feel about wearing a fat suit for this role?

JS: That's been really interesting. I've never, well I won’t say never, but it's been a long time since I was a small girl myself. I'm on average about a size 14. My character is about double my size, about a size 28, so I wear a lot of padding over the course of the film. And it's been interesting the difference in the way that people look at and talk to me when I put Sheila's costumes on. It was very interesting to see that.

KW: How would you describe Sheila's relationship with her husband?

JS: Mike [Richard T. Jones] is harsh. Mike is cruel. Mike is a very mean-spirited guy towards his wife who loves him. When the scenes are over, I know that he's definitely trying his best to hurt Sheila's feelings. Or maybe he's not even trying. He just doesn't care. I'll say that. He just doesn't care about Sheila's feelings at all. Richard's such a great actor that when he says things, it feels like he means it. Afterwards, he always hugged me or kiss me, or crack a joke and say, "You know I don't mean it."

But it was really great for the film, because every time he said something, I felt affected by it, which was great for my character as well.

KW: How would you compare acting to singing on stage?

JS: Acting and singing aren’t that different, at least to me, anyway. When I'm singing, I have to be really honest with the music and with what I'm feeling. I want every word to come out as truthful as possible. And it's the same way with acting. I just want to be honest with what is written, and try to make it come to life as you do with a song.