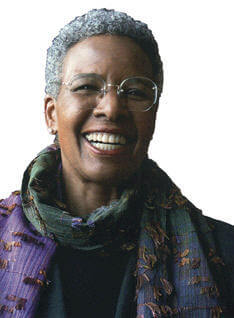 Until her recent retirement from teaching, Nell Irvin Painter was the Edwards Professor of American History at Princeton University. She was Director of Princeton’s Program in African-American Studies from 1997 to 2000. In addition to her doctorate in history from Harvard University, she has received honorary doctorates from Wesleyan, Dartmouth, SUNY-New Paltz, and Yale.

As a scholar, Professor Painter has published numerous books, articles, reviews, and other essays. Her most recent books are Creating Black Americans and Southern History Across the Color Line. Furthermore, six of her earlier books are still in print. Professor Painter’s prominence has been recognized by her selection to be the President of the Southern Historical Association for 2007 and the President of the Organization of American Historians for 2007-2008.

Kam Williams (KW): What inspired you to write an illustrated history of African-Americans?

Armageddon: The United States, 1877-1919 and thought I could do a good job with African-American history. I knew from the beginning of the project that I wanted to use images in a more critical fashion than usual in narrative histories. The more I thought about the project, the more I wanted to use the work of black artists exclusively. Artists portray history with more passion than professional historians, which I thought particularly important for this history. All history implicates identity; with African-American history and identity so often misconstrued, I wanted to bring together my professional approach, which should be balanced and dispassionate, with the artists’ excitement. In addition, I hope artists will encourage readers to broach fundamental questions about the nature and process of visual representation, which is part of the meaning of African-American history in my subtitle.

KW: Do you have an art background or did you rely on the help of curators in choosing the artwork?

NP: Lacking training in art history, I blundered along pretty much by myself. But I relied upon curators and art historians to make the first cuts for me by deciding what to publish. I picked from material that had already reached print, in biographies, exhibition catalogues, and the International Review of African-American Art.

KW: How did you decide whether to include a piece?

NP: Because my theme is self-creation, I decided first that I would only use the work of black artists. Then I had to strike a balance between narrative and art histories. I was writing a narrative history, in which the art serves the purposes of narrative history, not the other way around. This means that I left out enormous bodies of work that art histories would need to include, such as work by black artists not on historical themes or not picturing black motifs. I also found early readers reluctant to deal with abstraction, so Creating Black Americans contains almost no abstract pieces.

My own taste also played a part, inclining me toward more painterly pieces and away from those that seemed to me too obviously the work of illustrators. I also tended to shy away from artists whose biographies I could not find. On the other hand, I felt that although I wanted to include a range of artists in terms of professionalism and training, and I wanted to represent many different media, painting, sculpture, photography, quilts, graffiti, murals, I definitely needed to include major artists such as Elizabeth Catlett, Aaron Douglas, Jacob Lawrence, and William H. Johnson.

For the most part, my greatest challenge lay in keeping the total number of illustrations within a limit commensurate with a reasonable book price.

KW: What do you see as your intended audience? It seems like this is an academic text that could be used by high school and college classes but also a coffee table book that anybody could enjoy.

NP: You have grasped my thinking perfectly. The history in Creating Black Americans is impeccable, and the art is a bonus for readers seeking historical knowledge. But for those readers looking for an entry into black art, the images will pay off handsomely.

KW: Which period of black history was the most challenging to research?

NP: The most recent period in Chapter 15 was the toughest because the sources are so scattered, so superficial, and so frequently unreliable.

Historians haven’t yet produced a wide range of solid scholarship I could draw upon, not just for the kind of information that only careful research can provide, but also for the most basic facts, such as where and when hip-hop figures were born. For the last thirty or so years, a good deal of the information remains in the realm of marketing rather than serious biography. Chapter 15 also needed information on black conservatives, which is not yet readily accessible. I had to rely more than I would have preferred on information through the internet, which is notorious for not being reliable. With the passage of time, historians will generate the kind of research I was missing, but they haven’t quite yet.

KW: Which period affected you the most emotionally as you wrote about it?

NP: I’d say the period following the Second World War broke my heart the most, though a deep immersion in African-American history over the centuries can’t but make one angry. By 1945, black Americans and our allies had been protesting against discrimination in every possible way, but the response was still so often literal murder. So many black people died for what should have been their basic citizens’ rights in a democracy!

KW: What new historical fact were you most surprised to learn while conducting your research for this book?

NP: The recent discovery that one-third of black Americans’ ancestors came from west-central Africa, more than from any other region of the continent, surprised me most. Like so many others, I had assumed that my forebears came from the Bight of Benin’the now the nations of Ghana, Togo, Benin, and Nigeria. This evidently is less likely to be the case than I had thought.

KW: Which artists and which illustrations in the book are your favorites, and why?

NP: Gosh, that’s a hard one. Creating Black Americans contains so many images that please me that it’s really hard to single out particular ones.

Let me reconstruct your question and point to three images I especially like because they’re unexpected. Faith Ringgold’s ’We Came to America,’ [from 1997, found in Chapter 2 on page 20]; Barbara Chase-Riboud’s ’Sojourner Truth Monument’ model [from 1999, found in Chapter 4 on page 76]; and James A. Porter’s ’Soldado Senegales,’ [from about 1935, found in Chapter 9 on page 181]. Ringgold’s quilt, one of the many recent works by artists who are only just now facing the horror of the Atlantic slave trade, imagines our ancestors foundering in a sea that is both angry and familiar’familiar by dint of the proximity of the Statue of Liberty, which puts the ancestors somewhere near Coney Island beach. This ship’s fire occurs in American waters. Chase-Riboud usually makes abstract works, but here she applies her classic technique to a figure from African-American history. Her Sojourner Truth appears in the traditional equestrian format usually reserved for white male statesmen, but beside rather than astride her horse. We remember Porter as a pioneering art historian, but he also painted beautifully. After spending time in Paris, as did so many black artists seeking to further their art, he depicted an embodiment of the diasporic dimension of the First World War in this portrait of a soldier from Senegal.

KW: Who are some of your favorite figures in African-American history?

NP: Once again, there are so many! Having written full-length biographies of Sojourner Truth and Hosea Hudson, I give them special places in my heart. I also like Oprah Winfrey for showing us what freedom for African Americans can mean for Africa: For so many generations, African immigrants and their children could not send home American earnings, as did immigrants from Asia and Europe. Now, though, a generation after the lifting of segregation and three generations after slavery, African descendants can finally contribute to the economic and educational development of Africa. Stokely Carmichael and Charles Hamilton taught me a lot through an immersion in black power.

Black power warns black people against measuring themselves only according to what white people want. This is good advice to keep in mind. You have to preserve a certain distance from the wider American culture in order to preserve sanity.

KW: Where did you grow up and how do you like living and teaching in Princeton?

NP: I grew up in Oakland, California, and went to college at the University of California, Berkeley. I spent two years in Ghana in the 1960s, which helped preserve my humanity. I enjoyed living and teaching in Princeton’such fine students and such a rich intellectual community, including a library that walks on water. But after many years in Princeton, my husband and I wanted a more diverse community. In 2002 we moved to a terrific neighborhood in Newark that’s one-third black, one-third Latino, and one-third white.

KW: Someone told me that you were working on a history of white people. Is that true?

NP: True. I’m awfully far behind in writing The History of White People, having gotten totally absorbed by Ralph Waldo Emerson, whom I’m calling ’The Founding Father of American White Race Theory.’ I’m looking forward to the holidays, when I can return to the Adirondacks and burrow back into that material. And soon, I hope, complete the book.

KW: I once read a blurb of yours on the back of a book by Michael Eric Dyson which I gave a poor review. Did you really read it and like it, or did somebody just write the blurb for you sight unseen?

NP: I write all my own stuff, all of it. I actually liked Dyson’s book on King, because it made King into a real person, an individual. I acknowledge the degree to which each black person is taken as an index of the entire race, but I don’t think we should stop there. It’s a good thing to push readers a little farther, past the zone of familiar comfort, where they need also to see black people as individuals rather than units of credit-to-the-race.

NP: Take care of your health, mental and physical, because you need both strengths to keep going in the face of likely discouragement. And do keep going; keep reading; keep writing; keep a few good friends who understand you in the way you understand yourself at your best.