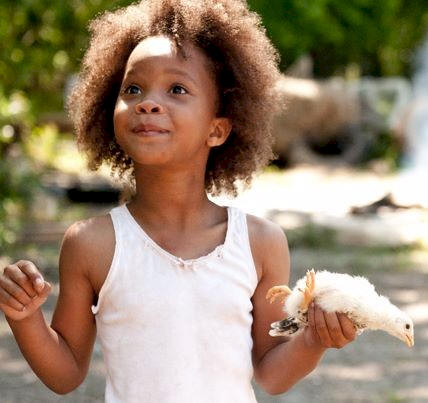 Quvenzhané “Nazie” Wallis was born on August 28, 2003, in Houma, Louisiana where she attends Honduras Elementary School. She is the daughter of Venjie and Qulyndreia Wallis, and sister to Qunyquekya, Vejon and Venjie Jr.

Here, she talks about her Oscar-worthy performance as Hushpuppy in Beasts of the Southern Wild, a visually-enchanting modern parable issuing a dire warning about the threat to the planet posed by civilization and corporations if left unchecked.   Quvenzhanéwas nominated for an Oscar as the best Actress in a Leading Role. 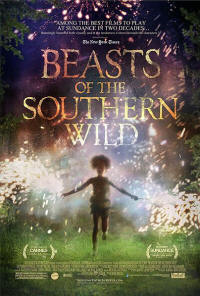 Kam Williams: Hi Quvenzhané, thanks for giving me an interview. You were so beautiful and so amazing in this movie! I was really stunned by your stage presence.

KW: I thought you were funny and charming when I saw you interviewed by Jay Leno on the Tonight Show recently. And I know that you also went to the Sundance Film Festival and travelled to France for the Cannes Film Festival. What was that like?

QW: I had a lot of fun in France. I liked how they said my name over there. They wouldn’t say Quvenzhané. They would say a whole other thing.

KW: What type of name is Quvenzhané? I thought it was French, especially since you’re from Louisiana, where there are a lot of people with French ancestry.

KW: My name is Swahili, too. Kam is short for Kamau.

QW: [To her mother, excitedly] His name is Swahili, too! [To me] What does Kamau mean?

KW: “Quiet warrior. ”What does your name mean?

KW: May I call you by your nickname, Nazie?

KW: Sorry, “Nay-zee. ” You were only 5, when you auditioned for the role of Hushpuppy. Had you acted or taken acting lessons before?

KW: Did you enjoy making Beasts of the Southern Wild?

KW: A lot of scenes were shot on the bayou and around animals like alligators, pigs and chickens. Were you ever afraid, Nazie?

KW: What was it like seeing yourself on the big screen for the first time, after the film was finished?

KW: You are the youngest of four kids. Do your sister and big brothers treat you any differently now that you’re a movie star?

QW: Nope, they treat me the same way.

KW: Nazie, are you anything like your character, Hushpuppy?

QW: In some ways I am, in some ways I’m not. We both like to go outside and do some things that you wouldn’t even think about.

KW: What do you think people will learn from this movie?

QW: That when you’re a little kid, you might have to take care of your parents as much as they take care of you. Otherwise, they might get sick, and that’s something you don’t want to happen.

KW: What do you like to do to have fun?

KW: What is your favorite movie?

KW: What is your favorite book?

KW: Have you seen the Judy Moody movie?

QW: No, I don’t think so, but I might have seen it at school.

KW: I think you’d remember it if you’d seen it. It’s really cool! What do you like to watch on TV?

KW: Which Disney show is your favorite, Nazie?

KW: I heard that you got along with Dwight Henry, who plays your father in Beasts of the Southern Wild, because he gave you a lot of brownies and cupcakes from his bakery the day he had to audition with you.

QW: Yes, but that’s not really why I liked him. I liked him because of his personality. He just acted hisself. 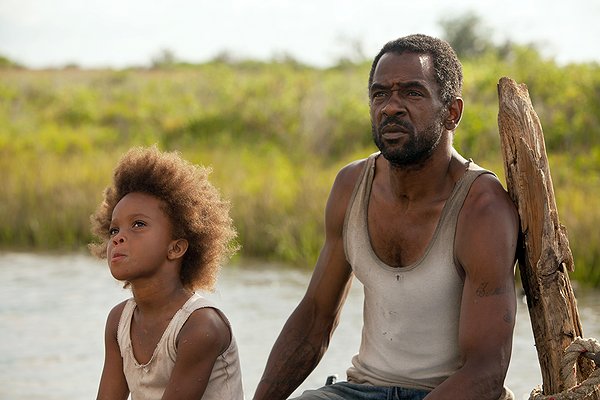 KW: What is your favorite food to eat?

QW: No, like a wizard on The Wizards of Waverly Place. It’s another show I like on the Disney Channel.

KW: I’ve interviewed two of the stars on that show: Selena Gomez and Jake T. Austin. The Ling-Ju Yen question: What is your earliest childhood memory?

QW: I can’t remember that far back, only to auditioning when I was 5 years-old.

QW: I would like to be a penguin and a leopard.

KW: What do you want to be when you grow up, an actress or something else?

KW: Who is your hero? 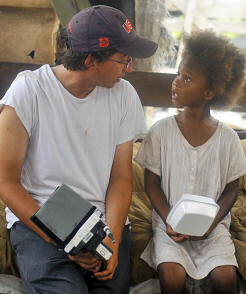 KW: What is your favorite music to listen to?

QW: Yes, how did you burp and scream like that in the movie?

KW: Okay, how did you burp and scream like that?

QW: It’s just something I learned how to do. The screaming I do at my brothers’ basketball games to make the other team miss foul shots. One of them is in junior high, and the other one is going to high school.

QW: I don’t know, but I would say you have to be nice to people you meet.

KW: It must be hard for a kid to have to do a lot of interviews when you might like to be out playing.

QW: Yes, it’s very hard for a kid to deal with.

KW: Well, I really appreciate your taking the time to talk to me, Nazie, and congratulations again on making such an impressive acting debut.