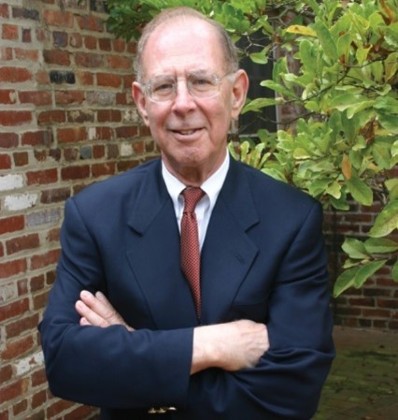 Troy Johnson, AALBC:
I agree with the notion that college is not for everyone. However, for Black people a college degree is even more important than it is for white people who have so many advantages when it comes to securing employment. How can Black people compete in an environment where credentials still matter?

Harlow Giles Unger:
In many, perhaps most areas of the United States, American society does not and will not give Black men and women equal opportunities to compete in conventional ways. Many Black people, therefore, would do better competing in unconventional ways. And in fact, many of the credentials, or college degrees, for which Black people are now competing have little or no real value. And here’s why.

To begin with, too many millions of youngsters of all colors are enrolling in college for the wrong reasons: some under pressure from parents attempting to compensate for their inability to attend college when they were young; some because “all my friends are going”; and some in response to the widespread American stupidity to demean the trades and exalt the mysterious benefits of “a college education.”

The net result has been the emergence of thousands of educational charlatans who prey on millions of youngsters, luring emotionally, intellectually, and academically unqualified youngsters with false assertions, including the worst “big lie” of all, that college graduates earn $40,000 more a year on average than those with only high school diplomas. In fact, one millionaire can skew the $40,000-a-year salaries of 25 librarians to make it seem as if college graduates earn more on average than they actually do. In other words, a librarian who spends $100,000 to earn a college degree will not earn more than an electrician with a high school diploma Only one millionaire Yale or Harvard graduate will.

False statistics are but one of the lures educational charlatans across America are using to fill seats at substandard, mediocre colleges. By lowering admissions these charlatans ensure big profits by accepting millions of unqualified students. Compounding the evil, college admissions officers provide the easiest access possible to student loans. A university that pays its football coach $10 million a year while more than 12,000 of its nearly 40,000 students drop out each year is not an educational institution; it’s a sports/entertainment complex.

One-third of all enrolled students drop-out of college during their first year!

Half are Black boys and girls!

These kids leave without skills, jobs, or education, and deep in debt, having forfeited student-loan funds to millionaire coaches, athletic directors, and college administrators. The picture is even bleaker at private, for-profit colleges, where 50% of students drop out again, half of them Black kids. And those that complete the work for a degree find that their “credentials” their expensive degrees--have no value in executive job markets

The question then becomes should Black students who do not qualify for admission to academically competitive colleges and universities go to college. Well, yes, if they are deeply committed to a particular course of study that they can only find at four-year colleges. But if that’s not the case, many would do better following alternative educational paths with fewer obstacles These alternatives eventually provide credentials of equal professional and material value in certain job markets as those of traditional colleges and universities. These include college-level “cooperative vocational education,” technical institutes, community colleges, and professional schools, all of which prepare youngsters for exciting careers that do not require a traditional college education.

The arts are obvious examples. The arts have allowed Black performers to pursue enormously rewarding careers on stage, screen, and television, with training open to all. Similarly, fine art, sculpting, and the graphic arts are equal-opportunity careers, as is writing. Richard Wright, one of the greatest authors in American literary history, did not even complete high school, let alone college. Often, newspapers and magazines offer opportunities to report and write--no college required, just skill.

In the business world, thousands of Black owners and operators of a wide range of businesses began without a college education and achieved enormous successes. Many restaurant owners once bussed or waited tables; many store owners and managers started out as stock clerks and salespeople; and many successful building contractors started as laborers or apprentices. .A loan to buy a successful franchise or start a business can often prove more profitable than a student loan for a degree at a substandard college

And depending on the state, professional licenses in such fields as law, accounting, and health care are available without four-year college degrees. Two-year community colleges often offer a wide range of lucrative opportunities for the right students.

Troy Johnson, AALBC:
In many large cities, families of means send their children to private primary and secondary schools. For these families the cost of a college education, though exorbitant, poses no undue burden. The cost of college is the just tip of the iceberg when it comes to education in America. Do you anticipate anything being done to rectify the problem, or is our only solution to pursue careers that do not require college?

Harlow Giles Unger:
No, I see nothing short of a constitutional amendment (most unlikely) that will improve the quality of American education or reduce costs at any level. Individual states control public education in America. With neo-fascists in control of a majority of state governments, education standards will drop rather than rise. “In despotic states, education must be servile,” wrote the great French political scientist Montesquieu in 1748. “Absolute obedience presupposes ignorance.”

Is it any wonder, then, that public school education ranks lowest among the budget priorities of most American states? Curricula and educational standards in the lower grades, high schools, and public colleges in America are below those of many Third World countries. America’s 15-year-olds rank 24th in the world in reading, behind Estonia and Macao; 24th in the world in science, behind such countries as Vietnam and Slovenia; and 39th in mathematics behind Malta and Latvia. With many state governments acting to restrict minority voting, they are unlikely to improve the quality of public education. In my opinion, pursuing careers that do not require college is the surest way to success for millions of American Black students.

As for dealing with costs of traditional higher education, only Black students themselves and their families can reduce those costs largely by reducing the amounts they borrow. They can often do this in relatively easy, practical ways. One way with limited appeal is for the student to enlist in the Armed Services, which offer College Funds that pay costs of attending college after enlistees serve four years. In addition, the GI Bill offers $36,000 to use for college up to 10 years after leaving the service.

A second way to reduce college costs is to shorten the time spent at college by enrolling in low-cost online courses for credit over summer and holiday breaks. Students must make certain, however, that their colleges accept such courses for credit towards a college degree. Similarly, it may be possible to cut costs by attending summer school and reducing the time needed to earn a college degree from four years to three. Careful cost comparisons are essential, however.

Still another way to cut college costs is to attend a low-cost community college for two years before transferring to a four-year college for the last two years. Again, it’s important to check with college officials to ensure all courses earn the required credits for a degree.

Troy Johnson, AALBC: Do you see any potential for short term changes that will provide relief for students AND parents who have already fallen victim to the “college scam” and have taken on so much debt that they can never realistically repay?

Harlow Giles Unger:
A. No.

B. There are simply too many American conservatives who see oppressive student debt as something youngsters and their families knowingly incurred and for which they should be fully responsible. The only possible short-term debt relief for students and parents would be a White House executive order annulling such debts or assigning them to the federal government. The current 2021 Congress will do nothing, and the banking industry will not only continue extracting repayments, i t will encourage additional borrowing (so-called “refinancing”) to extend existing loans and inflate bank profits.

C. Here are some organizations that are lobbying (unsuccessfully so far) for cancellation of outstanding student debt: