On October 16, 1995, African-American males descended in droves on the District of Columbia for a historic gathering on the National Mall. Prophetically dubbed the Million Man March ahead of time, the gathering lived up to its billing, with anywhere between one and two million brothers attending, depending upon the news source relied upon.

While the speeches touched on a range of themes, they unified to paint a touching picture of black-on-black love in stark contradiction to the prevailing negative images then disseminated by the mainstream media. All of the above has been faithfully preserved by director Glenn Towery in Long Live the Spirit of the Million Man March, a documentary serving as a priceless keepsake of what was also referred to as a Day of Atonement. 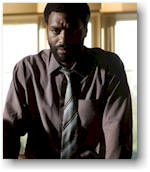 To his credit, Towery, with the help of Kenyan cameraman Linus Leting, managed to capture not only what transpired up on the stage, but the intimate reflections of many lesser-known participants who share from the heart just what the experience meant to them. Given the escalation over the intervening years of the host of woes afflicting the black community, that makes this memento of more optimistic times all the more priceless.