BYWORD "A NATIONAL IDENTITY GUIDE FOR THE SO-CALLED NEGROES!" 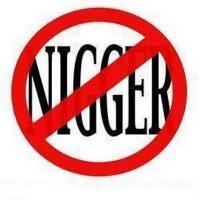