Washington, DC’Eight democratic hopefuls vied for their place in the 2008 election during the All-American Presidential Debate. Located on Howard University's campus in Washington, DC. The forum, which was televised live on PBS on Thursday, June 28, 2007, marks the first time in U.S. history that an African American moderator and three journalists of color posed questions to presidential candidates during primetime.

’We live in the most multi-cultural, multi-racial, multi-ethnic America ever,’ said Tavis Smiley, the forum's moderator, who hosts The Tavis Smiley Show on PRI Radio and a late night television talk show bearing his namesake on PBS.

Commenting about ’the huge gaps' between the wellness, stability, and progress of people of color and white Americans, Smiley said: ’In this critical election, candidates cannot ignore this reality. [They] must put forward their vision on how to address these disparities. The policies that improve the lives of people of color will raise the quality of life for all Americans.’

From healthcare, education, and housing, to the economy, post-Katrina relief, and Iraq, the questions posed to the presidential candidates reflected a growing consensus among many Americans who are ready for renewal, significant progress, and positive change. 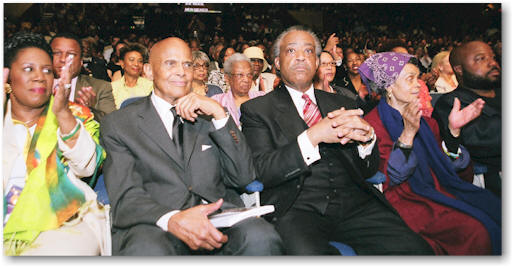 Many share a common bond when it comes to issues that concern them the most in the 2008 election.

Several are frustrated (if not, devastated) by President Bush's four-long year occupation in Iraq, and would like to see American troops pull out quickly. While we are deeply disgruntled and depressed with the war, we are equally concerned about the rising costs of gas and healthcare in this country; the disproportionate number of African Americans being diagnosed with HIV; the outsourcing of American jobs; affordable housing; the education of our youth; genocide in Africa; gentrification and poverty in America.

Most of us want a sincere, conscious president that we can trust; a president who believes in inclusion (as opposed to exclusion) and values unity and cooperation (as opposed to extreme individualism). We want a president to work for and with the people, actively seeking to uphold justice while steadfastly remaining a conduit; a voice; and notable beacon of hope for all humanity. Above all, we want a president with integrity who will not waver or falter when times get tough, a president who is fully aware of race and committed to eradicating racism, sexism, classism, poverty and homophobia by any means.

Several members of the audience testified to this fact as presidential candidates spoke. They listened eagerly, occasionally clapping and nodding their heads assuredly each time someone said something that piqued their interest or was greatly similar to their own spiritual and moral values.

Hillary Clinton and Barack Obama were the forerunners in the debate. 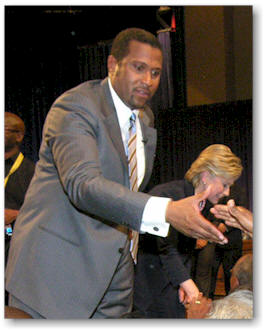 A convincing and determined Clinton drew heavily on her previous experience in the White House while an encouraged and thoughtful Obama took his time, searching for the correct words to please his predominantly Black audience. If Obama appeared to be a tad bit nervous at the beginning of his speech, he most certainly must have felt at home at Howard University, a prestigious, historically Black college, nestled in the heart of the nation's capital. Several times during Barack's speech, for example, he evoked the spirit of the Black church. His distinguished, resonant voice, superior oratorical skills, and ability to incite a spirited call and response from the audience caused audience members to feel as though he were a notable Black preacher speaking from behind the pulpit.

When responding to a question about the significance of race in America, Barack drew upon the spirit of his ancestors, stating, ’It was their fundamental recognition that for us to achieve, racial equality was not simply good for African Americans, but it was good for America as a whole.’

Tom Joyner, host of the Tom Joyner Morning Show, appeared to reiterate this thesis when he noted from the stage: ’The issues for Black America are the same for all of America.’

Barack said, ’We have made enormous progress, but the progress we have made is not good enough. We live in a society that remains separated for African Americans, for Latinos, and the rest of the nation.’ After his speech, he stressed the importance of personal and social responsibility, especially if we wish to ’rise up out of the problems we face.’

Khalila Brown, a native of Windsor, Connecticut who is finishing her Ph.D. in English at Howard University watched the debate from home. She felt that the historic forum was significant because ’it featured both a Black presidential candidate and a female one.’

Brown said that although Obama and Clinton aren’t the first to represent women or minorities, she believed that this occasion marks ’the first time that the possibility is beginning to look like a potential reality.’

Having our needs, as African Americans, met in the 2008 election certainly could not happen if we did not directly ask presidential hopefuls, especially those who are neither African American nor a person of color, how they felt about race in America.

When John Edwards was asked a similar question about race, he focused on the alarming disparities between Blacks and whites in this country when he alluded to his theme about there being ’two Americas.’

He continued, ’We have work to do. But we, all of us, have a responsibility to build one America that works for everybody across all racial barriers that still exist in this country.’

Mike Gravel, however, talked about the war on drugs and how we can combat addiction in the African American community whenever he was asked about race.

’If there is one group of people in this country,’ said Gravel, ’that needs to face up to that problem’and we have to face up to it’that is the African American community.’

Shawn McLeod, an aerospace engineer who resides in Laurel, Maryland, said, ’That made me mad. [Gravel’s] answer to every question was Bush's drug war. It was like he was capitalizing off that. Are we that stupid?’

McLeod said, ’Gravel had only one solution to the problem. He answered his questions to such an extent that it seemed [like] no matter what you asked, you gonna’ get the same answer.’

Yolanda Joshua is a wife, mother, and Lockheed employee who lives in Merritt Island, Florida. She noted, ’Many of the candidates on stage appeared to be uninformed about issues affecting the African American community.’

While Joshua admired hearing Edwards, Clinton, and Obama, she especially appreciated the opportunity to also hear candidates like Gravel, Dodd, Kucinich, and Richardson, who she didn't really know.

Democratic contenders were also posed questions about the alarming disparities of Blacks and whites being diagnosed with HIV/AIDS. According to the Center for Disease Control, for example, African Americans make up 17% of the teenage population, however, they account for 69% of all American teenagers diagnosed with the disease.

’When [people] are impoverished and . . . don't have jobs,’ said Obama, ’they are more likely to be afflicted’not just with AIDS, but with substance abuse problems, with guns in the streets. And so it is important for us to look at the whole [picture] here and make absolutely certain that we are providing the kinds of economic development opportunities and jobs that will create healthy communities.’

Much like Obama, Senator Clinton received a resounding applause from the audience when she spoke out about the large disparities between African Americans and whites who are diagnosed with HIV.

’Let me just put this in perspective,’ said Clinton. ’If HIV/AIDS were the leading cause of death of white women between the ages of 25 and 34, there would be outrage outside this country.’

Clinton noted that she was currently working with Medicaid to cover treatment for patients with HIV. She also said she was ’working to raise the budget for Ryan White, ’which the Bush administration has kept flat.’ 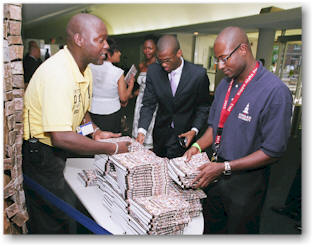 Clinton said, ’There are a lot of women . . . who are becoming infected with HIV in poor rural areas, as well as underserved urban areas in states where, frankly, their state governments won’t give them medical care. So, this is a multiple dimension problem. But if we don't begin to take it seriously and address it the way we did back in the 1990’s’when it was primarily a gay men's disease’we will never get the services and the public education we need.’

’Even if the plans Clinton suggested failed, her thoroughness was impressive,’ said Brown. ’It was a sign that this wasn't the first time she had thought about the issues.

Overall, many attendees were impressed with the presidential forum, as they were able to hear the contender of their choice speak out about a number of issues affecting our population, including ’the aftermath of Hurricane Katrina, immigration policies, and the attempt to dismantle affirmative action.’


One thing is certainly clear: We, as African Americans and people of color, will continue to hold our leaders accountable for their actions and will seek out justice’not just in presidential candidates, but also at home and in our very own communities. While we want a president to protect and defend our human rights, we also want the freedom to know that we are the one's we have been waiting for.

’’’’’’’’’’’’’’
Dr. Jamie Walker is a journalist and poet. Her most recent poetry collection is called Signifyin’ Me: New and Selected Poems.