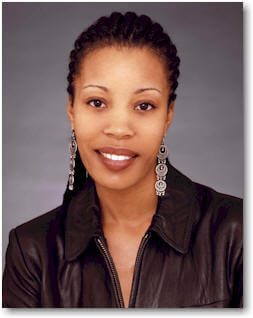 Walker starred in several plays throughout California as a respected and highly praised leading actress. She won first place in the state of California for her dramatic interpretation of August Wilson’s play, Fences, and has toured with The San Francisco Mime Troupe and The African American Shakespeare Company. Jamie has also hosted a late-night talk show in the District of Columbia on WHBC 830 AM called, "Soul Talk with Jamie Walker"’an inspirational talk show about relationships and matters of the soul.

Walker is a member of The National Association of Black Journalists Modern Language Association, and The Golden Key National Honor Society. Her first book, 101 Ways Black Women Can Learn to Love Themselves: A Gift for Women of All Ages (J.D. Publishing Group 2002), received stunning reviews from Black Issues Book Review, Upscale, and Heart & Soul magazine.

Walker’s essays and poetry are published in It Doesn’t Take a Genius: Five Truths to Inspire Success in Every Student (McGraw-Hill 2005), edited by Tommie Lindsey; I Woke Up and Put My Crown On: The Project of 76 Voices (Publish America 2005), edited by Rochelle Hart; Check the Rhyme: An Anthology of Female Poets and Emcees (Lit Noire Publishing 2006), edited by DuEwa Frazier, and Gumbo for the Soul: The Recipe for Literacy in the African American Community and Are All the Women Still White?: Globalizing Women’s Studies.

In Fall 2001, Walker received a distinguished scholarship award from poet Sonia Sanchez on behalf of The Elizabeth Howard and Thorton H. Trust Fund. That same year, poet Ethelbert Miller recommended Walker for a Lannan Poetry Fellowship at The Shakespeare Library in Washington, D.C.

Featured on a CNN panel in 2004 (along with Ruby Dee, the late Ossie Davis, David Driskell, and Esther Cooper Jackson), Walker has toured and also served on panels with Sonia Sanchez, Amiri Baraka, and Kalamu ya Salaam. Her feature stories have graced the covers of The New York Amsterdam News, The San Francisco Bayview, The Washington Informer, The Afro-American, The Tennessee Tribune, and The San Francisco Bayview. Walker has also been featured in The San Francisco Examiner, Women in the Moon, The Oakland Tribune, Mosaic, Rhapsody, AALBC.com, The New Poet’s Revolutionary Magazine, BMa: The Sonia Sanchez Literary Review, The Quarterly Black Review, and Sable Literary magazine, which is published in London.

Praised for her ’superior skill in research,’ Walker was selected (out of thirty young scholars across the United States) by Camille O. Cosby and Renee Poussaint to join the first class of students in The National Visionary Heritage Fellowship Program. The program taught Walker how to perform videotaped documentaries of historic "visionary" elders over the age of 70. Walker’s chosen "visionary" elder was Esther Cooper Jackson," co-founder of Freedomways magazine in 1961 with W.E.B. and Shirley Graham Du Bois. Freedomways magazine chronicled the Civil Rights-Black Arts Movement and featured several well-known Black writers, poets, and artists including Elizabeth Catlett, Paul Robeson, Angela Davis, Mari Evans, and Ntozake Shang’.

Walker’s written work produced with The National Visionary Leadership Project is now archived at The Smithsonian and featured in a book called A Wealth of Wisdom: Legendary African American Elders Speak (Atria Books 2004), which is edited by Camille Cosby and Renee Poussaint, respectfully.

Walker was labeled a "gifted child" when she was in kindergarten reading on the second grade level. She has participated in Gifted and Honors programs all throughout elementary, junior, and high school, and has been a member of The Golden Key National Honor Society, Gifted & Talented Education, and Upward Bound.

Walker has a wise "Old Soul." She is deeply spiritual, very funny, has a "zest" for life, and an exciting, vibrant personality. Her next book, Sonia Sanchez: Critical Perspectives Past and Present, has been praised by Amiri Baraka and Ethelbert Miller. Both poets deem this long-awaited, forthcoming book by Walker to be ’a landmark collection.’ Jamie can be reached through her website: www.jamiewalker.org. 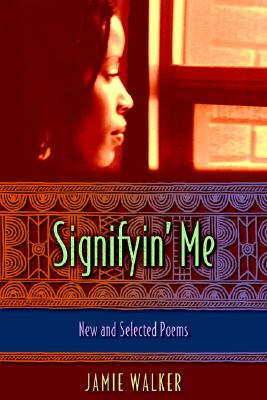 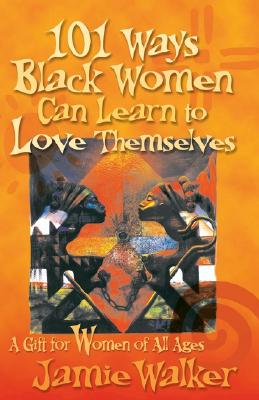 101 Ways Black Women Can Learn to Love Themselves