“In the light of Africa, there is Ossie Davis.”
—Attallah Shabazz 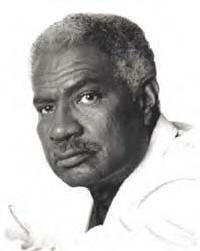 At the homegoing service, which lasted nearly four hours, several members of the African American community came out to not only show their gratitude, but to also celebrate the life of a distinguished gentleman whose handsome spirit, unforgettable smile, and indomitable presence impacted their own careers and lives.

In the very front of Riverside church, Davis's casket lied solemnly, covered with beautiful flowers. In the center of the casket a gray baseball cap sat comfortably on top of the flowers, bearing the letters ’OSSIE DAVIS,’ which was written in small black-and-white letters.

It was a gentle, fitting reminder for those who sat in the pews, remembering Davis's legacy, his life of leadership and activism, which was dedicated to service, peace, activism, humanity, and love. Davis's baseball cap reminded all who were present that even though he was an award-winning actor and director (a wise individual well-known throughout the world and loved by numerous celebrities), he never let his status or his fame separate him from the folk in his own community.

As Harry Belafonte recalled in his powerful, moving, and soul-stirring eulogy, ’All people embraced [Ossie] as he embraced all people. But he held a special place in the heart and soul of black folk and the poor.’

Davis was an incredibly down-to-earth stalwart in the African American community, a trailblazer in the arts, who saw all people as divine human beings’complete with purpose, unlimited power and possibilities.

In the tradition of Paul Robeson and countless other African American actors who preceded him, Davis humanized and enriched whatever role he was playing. Specifically, he transformed preconceived notions about the stereotypical ’Negro’ actor or ’boy’ into positive images that revered and celebrated the regal, soulful, majestic, and distinguished, leading Black man.

Together with his wife, Ruby, of 57 years, Davis helped to usher in more positive, respectable roles for African American actors’especially at a time when many African Americans were threatened with being reduced to playing marginalized roles that revolved around mammies, sapphires, matriarchs, cooks, house servants, brutes, or criminals.

Born on December 18, 1917 in Cogdell, Georgia to Kince Charles Davis and Laura Cooper, Ossie Davis was the oldest of five children. He attended Howard University from 1935 to 1939. At Howard, Davis studied in classrooms with poets like Langston Hughes and Countee Cullen, and was mentored by both Alain Locke and Sterling Brown.

Against the urging of his mentor, Dr. Locke, Davis left Howard during his junior year to pursue his love for theater. In 1939, he made his first stage appearance in Harlem with The Rose Mclendon Players. He served in the United States Army briefly during WWII and also worked in Liberia as a surgical technician. In 1946, he met his future wife, Ruby Dee, who co-starred with him in a short-lived play on Broadway called ’Jeb.’

If the play was short-lived, Davis and Dee's unbridled passion and love for one another would last a lifetime. They married in 1948 and would later star in numerous plays, television and film roles together.

A leading activist in the civil rights era, Davis delivered the eulogy at both Martin Luther King, Jr. and Malcolm X's funeral.

In 1970, Davis directed his first film called Cotton Comes to Harlem, an adaptation of Chester Himes’ novel, which was originally published in France in 1964. It was in 1970 that Davis's most critically acclaimed work, Purlie Victorious, won both Tony and Grammy awards when it debuted as a musical on Broadway.

Davis also appeared in the films Dr. Doolittle with Eddie Murphy; I'm Not Rappaport with Walter Mathau; 12 Angry Men for the Showtime Network; and on the CBS television series Promised Land and Touched by an Angel.

He was inducted into Theater Hall of Fame in 1994 and has received the New York Urban League Frederick Douglass Award, as well as The National Medal of Arts. He and Ruby both have NAACP Image Awards, Screen Actors Guild Awards, and Kennedy Center honors, which they received in Washington, D.C. less than two months ago.

Author of three children's books (Escape to Freedom; Langston; and Just Like Martin), Davis and Dee ’marked their 50th wedding anniversary’ with the publication of their ’joint autobiography’ called With Ossie and Ruby: In This Life Together (Perennial 2000).

Selected by Camille O. Cosby and Renee Poussaint to be national, ’visionary’ elders for The National Visionary Leadership Project, both Davis and Dee have published interviews in a phenomenal new book called A Wealth of Wisdom: Legendary African American Elders Speak (Atria Books 2004). This book was edited by Cosby and Poussaint, respectively.

Like many who sat in the pews of Riverside church teary-eyed, poet Maya Angelou sat in the very front of the church next to the Howard University Choir, listening attentively, while holding a tiny piece of tissue in her hand as the Reverend Calvin O. Butts delivered the invocation.

Angelou read a loving praise poem in memory of Davis before announcing: "[Ossie Davis] belongs to us. He exists in us. We can be . . . more every day’more larger, kinder, truer’more honest, more courageous, and more loving because Ossie Davis existed and belonged to all of us."

’Death is a five o’ clock door forever changing time,’ Sanchez said through tears. ’I wrote those lines for Shirley Graham Du Bois in 1977 and now I lend them to you, my Brother.’

After Davis's grandchildren gave their moving addresses, which brought several members of the audience to tears (mostly because they expressed the broad range of their grandfather's personality, which proved that he was, indeed, a wonderful mentor and fine comedian), Davis's three children (Guy Davis, Nora Davis Day, and Hasna Muhammad) also gave moving addresses.

Prayers were offered by Imam Al-Hajj Talib Abdur Rashid and Rabbi Emeritus Amiel Wohl before picture slides were shown on a tall, wide screen hanging in front of the church, which featured memorable photos of Davis with his wife, Ruby, children, friends and family. The slides were accompanied by stirring live guitar.

Glancing out at the thousands of gracious souls who packed Riverside church, Patrick Swygert of Howard University likened Davis's funeral to one for ’the head of state.’ Swygert was careful to remind us, however, that Davis was ’a head of state of Black consciousness,’ a man of ’enormous presence in the world,’ who blessed Howard University's campus’as student, teacher, proud alumnus, lifetime supporter, and brilliant orator.

Swygert revealed that out of some 100 years since Howard has flown their flag half mast, it was done to especially honor the deaths of three notable figures: John F. Kennedy; Martin Luther King, Jr.; and Malcolm X.

’And now we have added Ossie Davis,’ said Swygert to a crowd full of jubilant claps and occasional call and response shouts. ’This is our way of acknowledging our head of state.’

Clinton said, ’Ossie Davis would have been a wonderful president.’

When Clinton first arrived to Riverside church during the middle of the homegoing service, he mentioned that he had initially planned to sit in the very back of the church, but was instead ushered to a seat on the front row next to all of the other guest speakers.

Clinton said humbly, ’I would proudly ride on the back of Ossie's bus any day.’ He also recalled that ’there was never a time when I stood in Davis's presence and didn't want to stand up a little straighter, speak a little better, be a little more generous. Thank you God, for letting us know him.’

Woodie King, a renowned playwright and editor of countless anthologies, pointed out that while Davis's departure was ’sudden, unexpected, and particularly distressing,’ he will always remain ’a champion of the Black theatre [and be] remembered throughout the world.’

Earl Graves, publisher of Black Enterprise magazine, explained that Ossie was ’a fearless activist,’ who was ’committed to justice . . . a formidable man’both physically and spiritually.’

Graves said, ’[Ossie] was our moral compass. If you stood on the same side as Ossie, then you stood on the right side.’ Graves's speech (much like actor Harry Belafonte's aroused a resounding applause from the audience).

Attallah Shabazz (daughter of Malcolm X and the late Betty Shabazz) tried to hold back tears when she said, "And so . . . we meet again . . . . Harlem has come to bid farewell to one of its finest hopes." Shabazz thanked her "Auntie Ruby" for her loving, generous spirit and her "Uncle Ossie" for always being there and standing beside her and her family at a time when others would not.

Shabazz noted that Davis always stood beside notable figures like Paul Robeson, Martin Luther King, Jr., Fanny Lou Hamer, and Ella Baker at a time when several would not. Like many of the guest speakers who spoke that afternoon, Shabazz suggested that Davis be placed within the tradition of many other notable, warrior-like figures in the African American history like Marcus Garvey, Paul Robeson, and W.E.B. Du Bois.

After Shabazz spoke and several others offered their moving reflections, the actor, Avery Brooks, performed a powerful epilogue from Purlie Victorious.

It was then that Wynton Marsalis began to mightily blow his jazz trumpet -- "New Orleans style." With tears streaming down his cheeks, Marsalis walked down in the front of the church and began circling Davis's coffin while blowing his trumpet.

The harder he blew, the more the tears began to stream down Marsalis's cheeks. It was clear to all who sat in the pews that Marsalis was re-sounding Davis's call back to heaven, a call that the acclaimed actor had received in Miami only nine days before. Watching Marsalis blow his trumpet and circle Davis's coffin with tears in his eyes caused several members of the audience (myself included) to weep profusely and pat their eyes with tissue.

Quietly, Marsalis returned to his seat after his soul-stirring performance. It was then that the pallbearers gathered and prepared to march Davis's casket (which was followed by his wife, Ruby Dee; his children; grandchildren, several friends and family) out of the filled-to-capacity church.

The audience stood--some with tears in their eyes--grateful that they had been able to touch, know, and experience a profound human being called Ossie Davis.

In lieu of flowers, the Davis family requests that donations be made in Mr. Davis's name to one or more of the following organizations: Oxfam America, Sudan Crisis Relief Fund; the Excel Institute in Washington, D.C.; WBAI Pacifica Radio in New York; and Today's Students/Tomorrow's Teachers in Elmsford, New York.