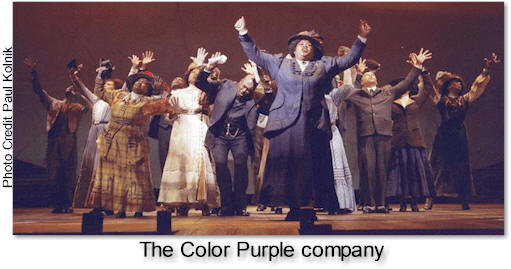 New York: Ever since its debut on Broadway, Alice Walker’s compelling narrative-turned-musical, ’The Color Purple,’ has brought out a host of  well-wishers, supporters, critics, and fans.

Walker's acclaimed, best-selling novel received the Pulitzer Prize and an American Book Award for fiction in 1983. In 1985, Stephen Spielberg (along with Warner Bros. Pictures) turned the book into ’an internationally popular film.’

Directed by Gary Griffin with a libretto by Marsha Norman, The Color Purple: The Musical actually made its world premiere at Atlanta's Alliance Theater in the fall of 2004. It was there that producer Todd Johnson (and his amazing cast) not only received a host of positive reviews, but also garnered a ’Suzi Bass Award for Outstanding Production.’

While previews of the Broadway show (which began November 1st) largely brought out critics who were predisposed to a cast still somewhat getting on their feet, Color Purple's opening night on December 1st (and later, subsequent performances) reveal a tightly woven, well-rehearsed, and solid cast whose poignant, unforgettable, characters are enriched by Walker's deeply personal narrative and universal story of hope and redemption.

Donald Byrd's inspiring choreography, Paul Tazewell's beautiful period costumes, and John Lee Beatty's impressive scenic design are immaculate under the musical direction of Orchestra Conductor Linda Twine. In addition, the contagious, rhythmic lyrics and finger poppin’ tunes (arranged by Brenda Russell, Allee Willis, and Stephen Bray) are cause enough to make anyone long for the future release of the musical score on CD.

The story centers, primarily, on the life of Celie (played by LaChanze), a young Black girl whose low self-esteem (and triple oppression by gender, race, and class) threatens to stunt her growth, as well as her journey to self-realization.

It is with the help, however, of strong Black women in her community like Sophia (Felicia P. Fields) and Shug Avery (Elisabeth Withers-Mendes) who teach Celie (a survivor of incest) how to resist marginalization, objectification, and self-annihilation.

With Felicia P. Field's unforgettable theme song called ’Hell No’ and Elisabeth Withers-Mendes' sultry rendition of ’Push Da Button’ (as well as other memorable songs like ’Too Beautiful for Words' and ’The Color Purple’), Celie finally learns to love the skin that she is in. She is empowered to love herself unconditionally, to embrace her beautiful smile, and to feel comfortable with her new-found spirituality and liberated sexuality.

No longer viewing herself as an ’ugly’ victim, who feared whether ’Somebody Gonna Love You,’ Celie (as actor LaChanze expresses most profoundly in songs like ’Miss Celie's Pants' and ’I'm Here’) eventually realizes that the true love she is seeking is deep inside herself.

By the end of The Color Purple, Celie, like Mister (played by a talented Kingsley Leggs) has come full circle. She learns to love the God within; the God inside herself that has been there all along, waiting to be actualized and loved entirely.

Beverly Guy Sheftall, Director of the Women's Research & Resource Center at
Spelman College, says she was ’thrilled to be in the audience of the Broadway production of The Color Purple, especially after having seen its debut in Atlanta, Georgia.’

Sheftall said, ’The acting was extraordinary, the music was exhilarating, and the evening was unforgettable! Celie's story on stage was as compelling, riveting, and gut-wrenching as it was on the pages of Alice Walker's now canonical novel.’

According to Sheftall, Celie's ’triumphant journey toward wholeness' and Mister's redemption ’are refreshing in a world that many of us today find insufferable.’

Like many of those in attendance at the Broadway production, Sheftall, who co-authored a book with Johnetta B. Cole called Gender Talk: The Struggle for Women's Equality in African American Communities (Ballantine 2003), left the theater with ’a renewed commitment to engage in the struggle to bring about a more humane planet for all of us.’

Aneesha Toliver, a 19 year-old psychology major at Howard University, agrees.  Toliver, a survivor of incest who remains on the Dean's List at her college, traveled all the way from Washington, D.C. to see the Broadway production of The Color Purple on December 17. 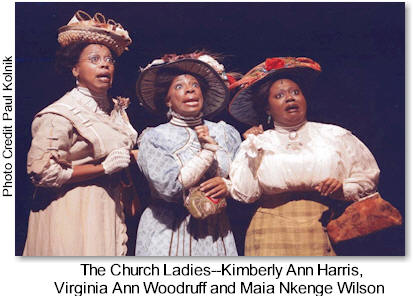 Toliver relates to Celie's struggle with learning to love herself unconditionally. ’I am still so far from being the spiritual Black woman I am destined to be,’ Toliver said. ’But the messages that I received from The Color Purple reminded me that I am still beautiful and full of love.’

Toliver believes that Celie's story of triumph can help to heal other African American women who not only ’see themselves in Celie,’ but who are equally empowered ’to confront their own past; to release the negativity that it has inflicted upon us.’

Toliver said, ’Only through confrontation can we grow beyond the pain.’ Wise advice from a talented young woman who has come to learn that beauty resides deep within the center of her being.

Clarence Cooper, General Manager of the popular Sylvia's (Soul Food) Restaurant in Harlem, New York for over twenty years, believes Walker's universal story of hope and redemption is empowering for all genders.

Cooper remembers when few males protested the film version of Walker's novel when it first appeared in the early 80s. Cooper, who never involved himself in the protests, claims that few men protested largely because of misunderstanding and because once taboo subjects (childhood sexual abuse in the African American community and violence against women) was ’now in front of them, in color, on the big screen.’

’We were ashamed,’ said Cooper. ’We closed our eyes because we didn't want to see.’

Cooper realized, however, that healing and progress cannot be made with repression or sheer avoidance of topics that are central to the lives of members in all of our communities. 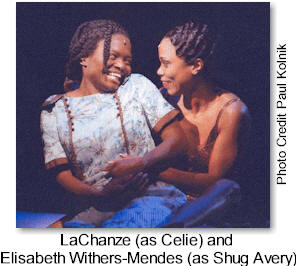 It is up to us to face taboo subjects (like same-sex relationships) if we truly want to effect world change, or to foster understanding for all of the members in our community.

’Taboo subjects have always been there,’ says Cooper. ’It's here now, and it will probably continue to be here unless we embrace it and say, ’We must do something about it. We must change.’

Like Carole Beaubien Gregory, professor of English at the Borough of Manhattan Community College, Cooper believes that Walker's womanist narrative, which focuses on the development and empowerment of both African American women and men) can serve as a necessary, healing ingredient for the entire world.

’I would say, ’Teach the truth,’ says Gregory. ’Teach tolerance of each other. Teach revolutionary concepts for the liberation of African-American people." Certainly when any individual learns to love themself unconditionally in the face of insurmountable oppression, this, in itself, is a revolutionary act.

’The African American woman has stood her ground,’ said Cooper. ’She has established her perimeter and contributed a great deal. For women to embrace this . . . about themselves . . . [about surviving childhood sexual abuse] . . . it's a huge step. Not just for the African American society, but for all societies."

’The big step,’ Cooper argues, ’is that women are coming forth and saying, ’I was a victim, but I'm going on about my life.’ And that's a beautiful thing.’

A beautiful thing indeed, especially for survivors like Celie who, despite her hardship or economic situation, lives to tell her story’in her own words. During the era in which Celie lived (and also during the time that Walker published her third narrative), there were few resources available to Black women who were survivors of rape, childhood sexual abuse, or domestic violence. Oprah Winfrey, supervising producer and major promoter of The Color Purple who originated the role of ’Sophia’ in the landmark film, testifies to this fact on her top-rated television show. Winfrey, a survivor of childhood sexual abuse, fell in love with Walker's narrative when she first read it in 1982. 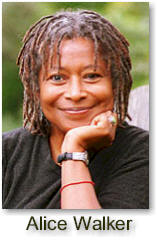 ’Twenty years later,’ says Winfrey, ’I'm blessed to be a part of the team presenting The Color Purple on the Broadway stage’it's a full circle moment in my life. It makes me so very proud to know that it will reach a whole new generation and an even wider audience.’

With the publication of novels like Toni Morrison's The Bluest Eye, Maya Angelou's I Know Why the Caged Bird Sings (and even a long list of slave narratives published before these noteworthy poets and authors), readers have been provided with real life snapshots of their own history; mirrors of themselves’not only on the printed page, but also on the world stage. Stories like those featured in Alice Walker's narrative remind us that we are each part of a fierce legacy of struggle and culture of resistance.

The Color Purple: The Musical on Broadway reminds us that we are all part of the living Spirit; that our ’living creativity’ and fearless, indomitable Spirit resides deep in each and every one of us’regardless of age, race, gender, sexual orientation, economic or religious background. We are ’One,’ Celie reminds us, because God lives . . . deep inside you . . . and me.