The Moors in Europe
by Runoko Rashidi

THE GLOBAL AFRICAN COMMUNITY
HISTORY NOTES: THE MOORS IN EUROPE 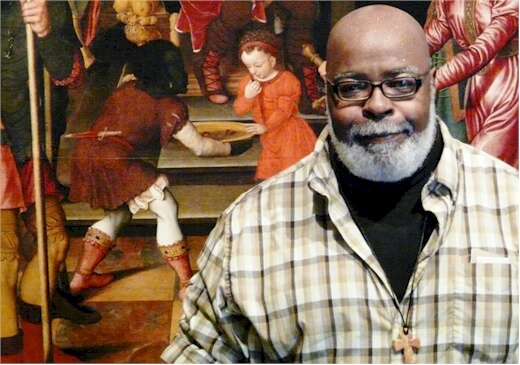 It would not be inaccurate to say that the Moors helped reintroduce Europe to civilization. But just who were the Moors of antiquity anyway? As early as the Middle Ages, and as early as the seventeenth century, “The Moors were,” according to the Oxford English Dictionary, “commonly supposed to be mostly black or very swarthy, and hence the word is often used for negro.” Dr. Chancellor Williams stated that “The original Moors, like the original Egyptians, were Black Africans.”

At the beginning of the eighth century Moorish soldiers crossed over from Africa into Spain, Portugal, and France, where their swift victories became the substance of legends. To the Christians of early Europe there was no question regarding the ethnicity of the Moors, and numerous sources support the view that the Moors were a black-skinned people. Morien, for example, is the adventure of a heroic Moorish knight supposed to have lived during the days of King Arthur. Morien is described as “all black: his head, his body, and his hands were all black.” In the French epic known as the Song of Roland the Moors are described as "blacker than ink."

William Shakespeare used the word Moor as a synonym for African. Christopher Marlowe used African and Moor interchangeably. Arab writers further buttress the Black identity of the Moors. The powerful Moorish emperor Yusuf ben-Tachfin is described by an Arab chronicler as “a brown man with wooly hair.”

Black soldiers, specifically identified as Moors, were actively recruited by Rome, and served in Britain, France, Switzerland, Austria, Hungary, Poland, and Romania. St. Maurice, patron saint of medieval Europe, was only one of many Black soldiers and officers under the employ of the Roman Empire.