Last month I happened to go into the Borders Books store at the Stonecrest mall in Lithonia, Ga., about a half-hour from my house here. To my surprise, it had one of the largest collections of books by black authors that I've ever seen outside an independent black bookstore, rows and rows of bookcases. This is the sort of discovery that makes the pulse quicken, evidence of a population I've spent most of my professional life seeking: African-American readers. What a thrill to have so much space in a major chain store devoted to this country's black writers. 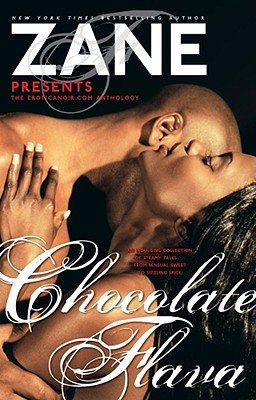 With an extra spring in my step, I walked into the "African-American Literature" section - and what I saw there thoroughly embarrassed and disgusted me.

As a black author, I had certainly become familiar with the sexualization and degradation of black fiction. Over the last several years, I had watched the shelves of black bookstores around the country and the tables of street vendors, particularly in New York City, become overrun with novels that seemed to appeal exclusively to our most prurient natures - as if these nasty books were pairing off back in the stockrooms like little paperback rabbits and churning out even more graphic offspring that make Ralph Ellison books cringe into a dusty corner.

Early last year I walked into a B. Dalton bookstore in a New Jersey mall where the manager had always proudly told me how well my books were selling. This time, I was introduced to a new manager who was just as proud to show me an enhanced black books section teeming with this new black erotica. I've also noticed much more of this oversexed genre in Barnes & Noble bookstores over the past few months, although it's harder to see there since the chain doesn't appear to have separate black fiction sections.

But up until that visit to Borders in Lithonia, I had thought this mostly a phenomenon of the black retail world, where the black bookstore owners and street vendors say they have to stock what sells, and increasingly what sells are stories that glorify and glamorize black criminals. The genre has been described by different names; "ghetto fiction" and "street lit" are two I've heard most often. Apparently, what we are now seeing is the crossover of this genre to mainstream bookstores.

But the placard above this section of Borders in Lithonia didn't say "Street Lit," it said "African-American Literature." We were all represented under that placard, the whole community of black authors - from me to Terry McMillan and Toni Morrison, from Yolanda Joe and Benilde Little to Edward P. Jones and Kuwana Haulsey - surrounded and swallowed whole on the shelves by an overwhelming wave of titles and jackets that I wouldn't want my 13-year-old son to see: Hustlin' Backwards. Legit Baller. A Hustler's Wife. Chocolate Flava.

I've heard defenders say that the main buyers of these books, young black women, have simply found something that speaks to them, and that it's great that they're reading something. I'd agree if these books were a starting point, and that readers ultimately turned to works inspired by the best that's in us, not the worst.

But we're not seeing evidence of that. On Essence magazine's list of best sellers at black bookstores, for example, authors of street lit now dominate, driving out serious writers. Under the heading "African-American Literature," what's available is almost exclusively pornography for black women.

As I stood there in Borders, I had two sensations: I was ashamed and mortified to see my books sitting on the same shelves as these titles; and secondly, as someone who makes a living as a writer I felt I had no way to compete with these purveyors of crassness.

That leaves me wondering where we - writers, publishers, readers, the black community - go from here. Is street fiction some passing fad, or does it represent our future? It's depressing that this noble profession, one that I aspired to as a child from the moment I first cracked open James Baldwin and Gabriel Garc a M rquez about 30 years ago, has been reduced by the greed of the publishing industry and the ways of the American marketplace to a tasteless collection of pornography.

I realize that publishing is a business, but publishers also have a responsibility to balance street lit with more quality writing. After all, how are we going to explain ourselves to the next generation of writers and readers who will wonder why they have so little to read of import and value produced in the early 21st century, why their founts of inspiration are so parched?

At times, I push myself away from the computer in anger. I don't want to compete with "Legit Baller." But then I come across something like The Known World by Edward P. Jones and again I am inspired.

But I must say that I retain very little of the hope and excitement and enthusiasm that I had when my first book was published eight years ago. I feel defeated, disrespected and troubled about the future of my community and my little subsection of this carnivorous, unforgiving industry.

Nick Chiles, the editor in chief of Odyssey Couleur magazine, is the co-author, with Denene Millner, of A Love Story.

Read Discussion about this article