Ghanaian novelist Ayi Kwei Armah attained international renown for his fiction in the late 1960s and early 1970s. Despite his fame Armah maintained an intensely private life and rarely gave interviews and distanced himself from discussions of his craft. Though critics disagreed about the literary merit of his English-language works, his six novels and numerous short stories provide a glimpse of life in Ghana in the tumultuous years following its independence from Britain.

Armah was born in 1938 in Takoradi, a seaport on Ghana’s coast. His heritage was Fante, one of the major ethnic groups in the country, and he came from an elite family. At the time of his birth, the West African nation was a colony of Britain, but the first twenty years of his life coincided with Ghana’s long battle for independence. On March 6, 1957, Armah’s land became the first colonial African country to win the sovereignty struggle. Around this time, Armah was a student at the Achimota College, a secondary school in Accra, Ghana’s capital, and in 1959 won a scholarship to the Groton School in Massachusetts, a prestigious boarding school for boys whose alumni include President Franklin D. Roosevelt as well as numerous Wall Street titans. From there, Armah went on to Harvard University, where he earned a degree in sociology. His first published short story appeared in a 1964 Harvard Advocate issue. Read the full biography at Encyclopedia.com 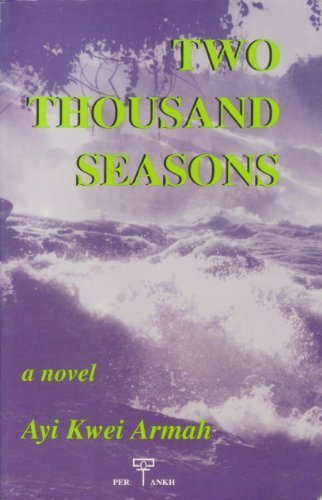