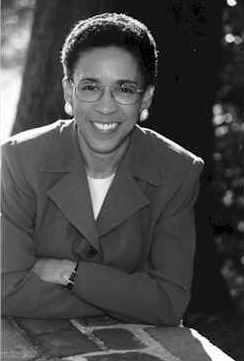 Benita R. Dale fulfilled her desire of bringing African-American literature and visual arts further into public awareness when she began publishing Dialogue magazine in January 1998. She is the founder and publisher of Dialogue and uses her creative talents and business acumen to produce this quarterly periodical which has gained national attention. The positive response led Ms. Dale to establish in August 1998 an organization called The Alliance for Cultural Enrichment, Inc. (ACE). ACE received its 501(c)(3) nonprofit, tax-exempt status in January 1999 and will serve as an umbrella organization for a variety of projects, including publishing Dialogue.

In connection with Dialogue, Ms.Dale has been interviewed by Kojo Nnamdi on Evening Exchange in Washington, D.C., Vanessa Dixon on DC Public Access Channel 25, and Eric St. James on WOL-AM radio in Maryland, and has given talks at Sisterspace and Books and Sankofa Video and Bookstore. She conducts monthly meetings at the Martin Luther King, Jr. Library for artists, interns, volunteers and writers whose desires are to build portfolios and gain experience and recognition. Ms. Dale has also had the good fortune to talk with artists Margaret Burroughs and Kay Brown; writers Bebe Moore Campbell, Blair Walker, Omar Tyree, and Earl Ofari Hutchinson; writer and playwright Kimmika Williams-Witherspoon; poet E. Ethelbert Miller, and literary agent Marie Dutton Brown.

Ms. Dale owns and operates Efficient Business Service, a word processing and desktop publishing business through which she has met notables such as attorney Johnnie L. Cochran, Jr., to whom she provided professional services for his book project, Journey to Justice. Her colleagues and clients include several poets and writers, such as Ralph Wiley, author of Why Black People Tend To Shout and his latest, Born to Play, the Eric Davis Story. She is also a long-time employee of a prestigious Washington, D.C., law firm where she utilizes her exceptional administrative and organizational skills.

Ms. Dale resides in Washington, D.C., with her husband and has two grown sons and two granddaughters. When not engaged in one of her various business enterprises, she can be found in her garden cultivating and nurturing her spirit alongside her flowers, vegetables, and herbs.