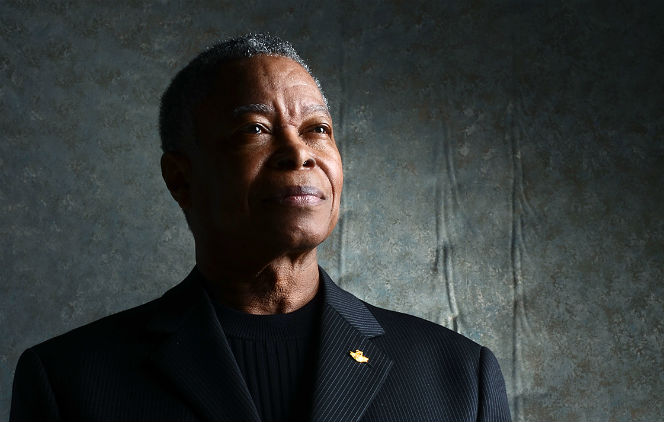 Carl Gamble is a former aviator, author, and speaker. Gamble, a veteran U.S. Air Force captain and retired commercial airline pilot, wrote his autobiography, My Blue Yonder, as an inspiration to children and young adults. Through his testimony as a black boy growing up in segregated Alabama, he shares how determination, discipline, dedication, and hard work helped him overcome obstacles to achieve his dreams. Growing up in the small town of Madison, Gamble watched the F-84 training aircraft from Augusta (Georgia) Air National Guard fly over cotton fields and his house almost every day. He was mesmerized by their small sleek design, aerobatics, and rapid flying speed below 10,000 feet. Inspired, Gamble told his mother he would become a pilot one day. She told him if he believed he could fly an airplane then he had to commit himself to do it.

Gamble graduated from Tennessee State University in 1965 with a B.S. in aviation technology and received his Air Force ROTC Commission. He officially began his aviation career as a transportation officer at Shaw Air Force Base in Sumter, South Carolina. He continued as a training pilot at Laughlin Air Force Base in Del Rio, Texas. Gamble’s penchant for flying and training were soon put to the test when he received his first flying assignment, a C-47 psychological operations mission, at the height of the Vietnam War.

Gamble, who once gazed at the F-84s while picking cotton, embarked on a thirty-seven-year adventurous career path that included a hijacker, rocket attacks, near-death escapes, and castaways. In 2002, the Massachusetts House of Representatives honored Gamble, a Distinguished Flying Cross recipient, for his service as a commercial airline and Air Force pilot. The next year he retired after working thirty-seven years at Piedmont Airlines and US Airways, which is now American Airlines. Later Gamble founded a real estate brokerage firm and worked with his wife, who owned a mortgage brokerage company.

In 2016, Gamble co-wrote and self-published My Blue Yonder. The following year he was awarded a Resolution from the Alabama House of Representatives in recognition of his heroic duty in the Vietnam War and established career in the commercial airline industry. He was also a Yellow Ribbon recipient awarded by Bank of America and the Charlotte Hornets.

In 2018, Gamble, who flew nearly 250 combat missions, was inducted into the Madison County (Alabama) Hall of Heroes. He is the first African-American pilot to be honored in its forty-four-year history. The ceremonial video will be added to the Library of Congress in 2019. Additionally, Gamble served as the keynote speaker at the Carolinas Aviation Museum before an audience of Harry P. Harding University High School Air Force ROTC cadets.

Since the release of My Blue Yonder, Gamble has been promoting his book and speaking to youth groups and at business events throughout the Southeast.

There are pilots who have landed burning airplanes and those who have been hijacked. Gamble is potentially the first pilot to experience both. 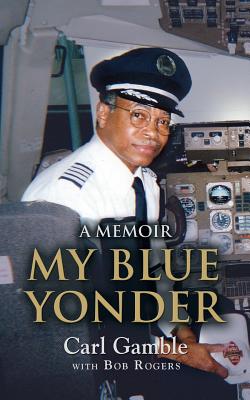