A leader, pioneer, and champion on the basketball court, Carmelo Anthony has led a storied career as both a ten-time NBA All-Star and three-time Olympic gold medalist. Anthony’s incredible career on the court has paved the way for his many other brands, business ventures, and philanthropic efforts on a global platform, but lesser known are the seemingly immeasurable odds the All-Star overcame growing up amidst poverty, racism, violence, mental illness, and a broken education system.

Anthony’s roots propel his passion for giving back to those who need it most, and in 2005 he founded The Carmelo Anthony Foundation as a vehicle for actionable change through a variety of community outreach programs, disaster relief initiatives, and donations. Today, Anthony remains a leading voice at the forefront of the ongoing fight for social justice, championing actionable change that pushes society and the next generation forward.

In his lone season at Syracuse, Anthony set the standard for future one-and-dones. The 6-foot-8 forward averaged 22.3 points and 10.0 rebounds, unanimously captured national freshman of the year honors and led the Orange to Jim Boeheim’s lone championship. There was little doubt Anthony would be named the 2003 Final Four’s Most Outstanding Player after he tallied a total of 53 points in Syracuse’s two games. He shredded Texas in the national semifinals for 33 points and 14 rebounds, then came three assists shy of a triple-double against Kansas in the title game. Anthony’s season at Syracuse was so memorable that his first name soon became a verb. When Malik Hairston committed to Oregon in 2004, he declared that he wanted to “Carmelo-ize” the Ducks, meaning lead them to a championship as a one-and-done freshman. —Jeff Eisenberg (Yahoo! Sports) 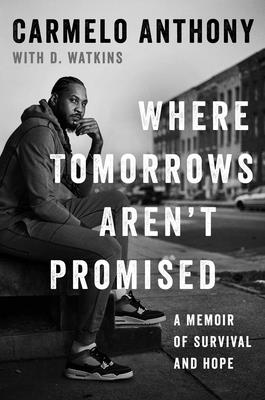