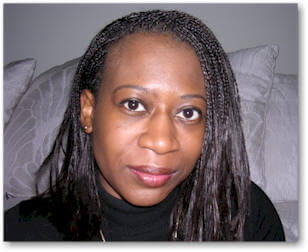 Cherlyn Michaels is a self-published author.

Cherlyn’s first writing experiences were in grade school when she developed her first character, Marzina the Martian, and wrote, produced, and starred in her first play, The Black Cinderella, a comedic version of the Cinderella fairy tale.

In 1996, Cherlyn graduated with a Bachelor’s in Chemical Engineering from the University of Missouri at Rolla. After graduating, she packed her belongings and headed to Cleveland, Ohio. Homeless, jobless, and nearly penniless, she fearlessly thrived on risks at the time, she made a way for herself and began her engineering career at an automotive coatings and resins company. In 2002, she accepted an engineering position with a Japanese automobile manufacturer in northern Kentucky.

Cherlyn opted to put her M.B.A. degree on hold to pursue her dream of completing and publishing her first novel. In June of 2002, she began by studying writing, attended conferences, taking writing courses, and attending UCLA Extension and other workshops. She attended the Voices of Our Nations Arts Master’s Workshop with Terry McMillan in the summer of 2003 where McMillan autographed a copy of her own novel by saying, "Cheryl, you can write your butt off". To kick off her career as a writer, Cherlyn drafted nine story lines. In January of 2003, she chose to begin her writing career with one of them, Counting Raindrops through a Stained Glass Window.