Clarence Thomas was born June 23, 1948 and serves as an associate justice of the U.S. Supreme Court. He was nominated by President George H. W. Bush to succeed Thurgood Marshall, and has served since 1991. Thomas is the second African-American to serve on the Court, after Marshall. Since 2018, Thomas has been the senior associate justice, the longest-serving member of the Court, with a tenure of 29 years, 358 days as of October 16, 2021.

In 1990, President George H. W. Bush nominated Thomas to the United States Court of Appeals for the District of Columbia Circuit. He served in that role for 16 months before filling Marshall’s seat on the Supreme Court. Thomas’s confirmation hearings were bitter and intensely fought, centering on an accusation that he had sexually harassed attorney Anita Hill, a subordinate at the Department of Education and the EEOC. Hill claimed that Thomas made multiple sexual and romantic overtures to her despite her repeatedly telling him to stop. The Senate ultimately confirmed Thomas by a vote of 52–48. 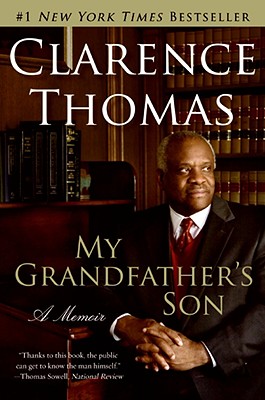