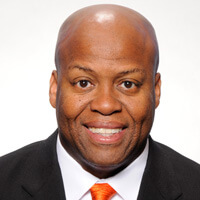 Craig Malcolm Robinson was born April 21, 1962. He is college basketball coach, basketball executive, and broadcaster. He was the head men’s basketball coach at Oregon State University and Brown University. The 6’6" athlete was a star forward as a player at Princeton University in the early 1980s and a bond trader during the 1990s. He currently is the vice president of player and organizational development for the New York Knicks.

Robinson is the older brother of First Lady Michelle Obama and the brother-in-law of President Barack Obama. Robinson has been married twice and has four children.

A Game Of Character