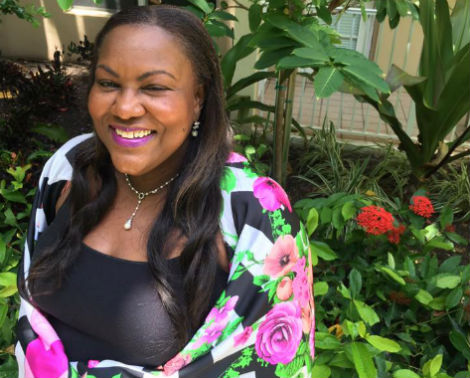 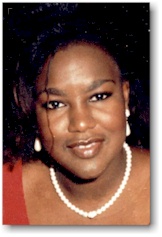 Darline Dorce-Coupet was born in Port-au-Prince Haiti but was raised in Miami, Florida, which was home for years. However, Ms. Dorce-Coupet has recently relocated to the Atlanta, Georgia area and now teaches for Dekalb County Schools. Teaching and writing a    re dual careers for her. These days, she’s also trying her hands at business and has partnered with fellow pal and writer, Diane Dorc’ to form a new publishing firm, FireFly Publishing & Entertainment.

Credential-wise, Ms. Dorce-Coupet holds an Associate degree from the University of Florida in Gainesville, participated there in an exchange program where she got to study abroad for a year at the Sorbonne University and American College in Paris studying French Civilization and Haute Couture Fashion. She holds a Bachelor of Arts in Communications with a minor in French from Barry University. She studied film-making from concept to finish at the University of Miami, and holds a Masters (MAT) in Teaching English from Barry University, where she’s taught Freshmen Composition and English lit courses. From time to time, she also takes courses in Creative Writing at Florida International University and enjoys mixing with other writers.

“I write because I have to… I can’t and don’t even try to avoid it. It’s an overwhelming passion, creating characters, building worlds, ruling the universe. Writing a novel is a lot like playing God and I love it! I just sit there and the story comes pouring forth, and it’s a truly sumptuous feeling—like giving birth to a child.”

Ms. Dorce-Coupet takes her craft quite seriously. ’Most of the times, everything else can wait. I write in a rush and then once I’m done, I can finally breathe. And it’s not just the act of writing alone that excites me, but the fact that as a writer, you are in essence renting space in the reader’s imagination, which that person will carry with them (if your story carried any punch) for years to come. That’s pretty powerful, and one of the greatest satisfactions I derive creating my stories. When a reader writes or emails me and tell me something I wrote touched him or her deeply or made a difference in his or her life, that’s heady stuff.’

At thirteen, she wrote her first hand-written 130-page manuscript, Growing Up. A year later, she wrote the sequel, Growing Up, Part II. For years, she would write story after story, culminating with a 967-page manuscript entitled Queen of Pain, which she wrote after finishing college. Embracing the Horror, her latest venture, is a story of forbidden love.

The characters in this story literally jump off the page, they’re so real, she’s been told. ’Arielle, Leah, Cedric and Danyel are compilations of a lot of people I’ve known and who have touched my life. Of course, there is a little of me thrown in here and there, but essentially, all of these characters are larger than life. They are not your run-of-the mill ordinary people, and they are not supposed to be. They’re all CRAZY! But that’s what makes reading about them so interesting,’ Ms. Dorce-Coupet says. ’They make you question how you live and make you want to jump up and want to have as much fun as they seem to be having. They entertain you.’  Look for Between the Devil & the Deep Blue Sea, the sequel to Embracing the Horror due out March 2006 and her bold new novel, Just One Night written under the pen name D.M. Coupet later this year. 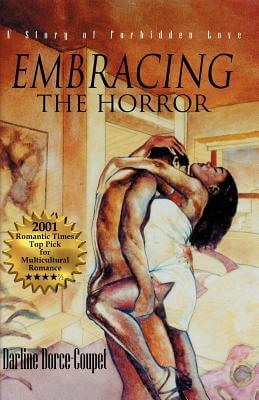 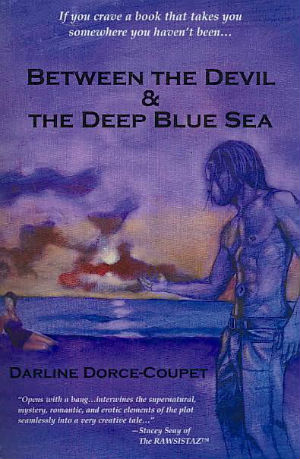 Between the Devil & The Deep Blue Sea