In 1829, Walker published a pamphlet entitled Walker’s Appeal, in Four Articles; Together with a Preamble, to the Coloured Citizens of the World, but in Particular, and Very Expressly, to Those of the United States of America.

Over the course of more than 70 pages, he used references within the Bible and the Declaration of Independence to passionately argue against slavery and discrimination.

The work brought attention to the abuses and inequities of slavery and the role of individuals to act responsibly for racial equality, according to religious and political tenets. At the time, some people were outraged and fearful of the reaction that the pamphlet would have. Many abolitionists thought the views were extreme.

Historians and liberation theologians cite the Appeal as an influential political and social document of the 19th century.

His son Edward G. Walker (also known as Edwin G. Walker) was born after Walker’s death. In 1866 he became the first black man elected to the Massachusetts State Legislature. 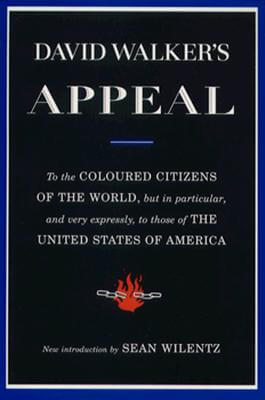