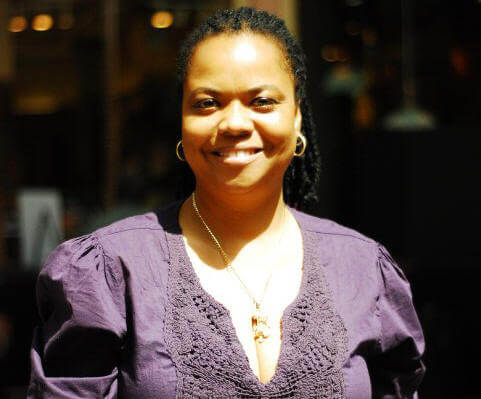 Denise Bolds born in Harlem NY is a single black parent of a son. Ms. Bolds is also a community activist, advocate, public speaker and an author. Ms. Bolds first book: Raising Princes to be Kings: The Black Single Mother’s Guide to Raising Her Black Son is a dream come true. Ms. Bolds holds a Master’s Degree in Social Work and she has worked as a Medical Social Worker for ten years. Ms. Bold works with underserved women and children. Ms. Bolds in now a Ph.D. Candidate. Ms. Bolds is on Facebook, BlogTalk Radio. Ms. Bolds’ life changing story was featured on MSNBC.

Denise Bolds shared her experience at the 2012 Democratic National Convention in Charlotte on a program called, FIRED UP at the Democratic National Convention 2012, hosted on her BlogTalk Radio show. Bolds raised the funds to attend the convention. Denise was also a delegate from the state of New York. Bolds is a firm supporter of President Obama and is working to convince other African Americans to show up to the polls to support President Obama in his bid for re-election.

Raising Princes to be Kings: A Single Black Mother’s Guide to Raising Her Black Son

Raising Princes to be Kings