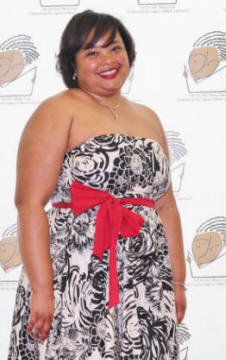 Go On Girl! Book Club is now accepting entries for our 2014 Unpublished Writer and Scholarship winners.  The dealine to participate is March 15th, 2014.  For more information visit www.GoOnGirl.org.

“I am from Silver Spring, Maryland and live in Northeast Washington, D.C. I graduated from Spelman College with a BA in French and earned a Master’s in Public Communication from American University. I am currently employed as Program Manager for African American Religious Affairs (AARA) department of People For the American Way. AARA is an alliance of progressive ministers who encourage African American churches and communities to actively promote social justice programs and policies.

Learm more and submit your entry

I absolutely love my 9-5 job and being active in improving the world, but I’m realizing a little more each day that my heart belongs to writing. I have been writing for as long as I can remember, but I was always afraid to call myself a writer. I refused the label even as I minored in creative writing, took classes at the Writer’s Center in Bethesda, MD, currently participate in writers’ groups, and in 2010 I applied, was accepted and attended the Hurston/Wright Summer Workshop where the awesome Marita Golden was my teacher. Oh. And I write all the time. I’m currently working on a collection of short stories tentatively titled, How I Got Over, about the lives and journeys of various Black women.

This is the year I am accepting my call as a writer. While I am unpublished, I am becoming more purposeful about the process. Determined that I write and then share. And so I am sharing my story, Neighborhood Watch with Go On Girl! Book Club. I do hope you enjoy.