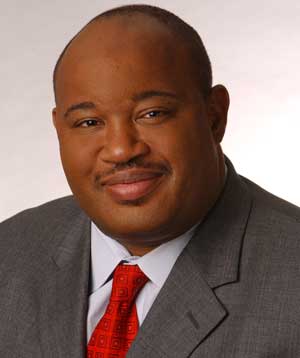 Veteran newsman Dominic Carter has been described as the best political reporter working in New York television today. A fixture at NY1 since the news channel launched in 1992, Carter has released a book on his life, titled No Momma’s Boy, in which he chronicles his triumphant struggle to overcome his mother’s mental illness while growing up in a Bronx Housing Project.

As the host of NY1’s nightly political show, "Inside City Hall," Carter has handled some of the station’s most challenging assignments and has interviewed every major political player in the state, as well as many national and international leaders.

In 2006 he received widespread acclaim for his role as the moderator of series of state-wide debates for governor, U.S. Senator and state attorney general. During the first debate with Senator Hillary Clinton, he made international headlines when Clinton said for the first time that she was thinking about running for president.

His numerous exclusive interviews include former President Bill Clinton, to Nelson Mandela during Mandela’s historic visit to the United States ’ an interview he conducted as thousands of journalists from around the country pursued the South African president.

Dominic has also reported extensively from abroad. In 1993 he was the only television journalist in Japan with then-Mayor David Dinkins at the time of the first World Trade Center terrorist bombing, and his interview with the mayor made headlines back in New York. He twice traveled to Israel to cover visits to the region by then-Mayor Rudy Giuliani; he has reported on the famine from Somalia; and he has spent time in the Persian Gulf.

Carter has appeared on the cover of The New York Times TV Guide, which called the veteran journalist "a force to be reckoned with." He has also been profiled in the Washington Post, New York Magazine and the New York Post, among others. He has made numerous guest appearances on national talk shows on Fox News and CNN.

Carter received a B.A. in journalism from the State University of New York at Cortland, then attended graduate school at Syracuse University’s S.I. Newhouse School of Public Communications before starting his career in radio.

As a youngster growing up in the Bronx, Carter was involved with the Police Athletic League, and today is proud to call himself a PAL kid. In his free time he often speaks to youth groups about the importance of education and achievement. He has received the Samuel P. Peabody Award from the Citizens’ Committee for Children, for his vision, innovation and dedication to children and families.

No Momma’s Boy, his memoir, has been released to critical acclaim. Newsday said, "No TV anchor has ever produced a memoir as grippingly honest as this." 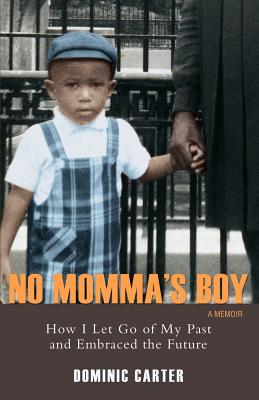