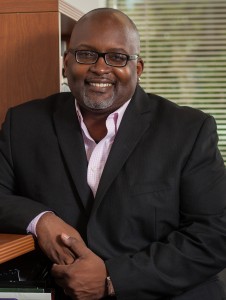 Eric Deggans is NPR’s first full-time TV critic. He served as TV/Media Critic for the Tampa Bay Times, Florida’s largest newspaper. Some people call him the most critical guy in the place, because he’s served as TV critic, Pop Music Critic and Media Critic at various times. He also provides regular commentaries on TV for National Public Radio and writes about media issues for the National Sports Journalism Center at Indiana University.

Raised in Gary, Indiana, he earned a degree in journalism from Indiana University, working at newspapers in Pittsburgh, Pa. and Asbury Park, N.J. before landing in Florida. A drummer for more than 30 years, he performed in a band signed to Motown Records in the late 1980s and still plays the occasional show with local artists. He has won awards for his journalism from the Florida Society of News Editors, the National Association of Black Journalists, the Society for Features Journalism and American Association of Sunday and Feature Editors; his work also has appeared in the Washington Post, Seattle Times, Chicago Sun-Times, Ebony magazine and Rolling Stone Online.