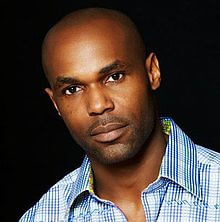 Frank C. Matthews grew up with aspirations of one day becoming a household name as an NBA Superstar. His dream took a detour.

The lure of the streets and its fast money took Matthews away from hoops and into another game, the drug game, where he found instant success. But a deal went bad eventually landed him behind bars. Once incarcerated, Matthews had few options of how to spend his seemingly unending. Taking advantage of the still and silent nights, Matthews spent hours plunged into two of the world’s most renowned, contemporary African-American storytellers, Iceberg Slim and Donald Goines.

Matthews found his style of writing to be unique, labeling it as “true fiction,” an alternate take on real events he had witnessed firsthand. He honed his craft and further developed a distinctive writing style.

Matthews awakened a creative bug to tell the stories locked inside him. “Incarceration transformed me,” said Matthews. “I went from a young, frustrated, and confused boy to a mature, humble, and pensive man.” Much the way Malcolm X used the power of words to transform himself in prison, Matthews used the power of the pen to write his way to freedom, real freedom. He found his purpose. He would write his stories in notebooks, on torn-open envelopes, and anything he could get his hands on and would pass them around through the system. While some traded cigarettes, Matthews traded his highly demanded stories, which inmates clung to like emotional life rafts.

In 2005, Matthews discovered that he could put his past behind him and emerge with a renewed sense of purpose and unwavering determination. The resilient author took his astounding gift of writing “true fiction,” coupled with his compulsion for words and decided to pursue his passion. Even after numerous failed attempts at landing a publishing deal, Matthews did what he learned to do best, create opportunities for himself. He knew that there was an untapped niche audience eager to hear his voice, and he was steadfast in his desire to supplant the current favorites in the urban lit arena.

Matthews self-published one of his first novel, Respect the Jux, and it caught fire, selling over 20,000 thousand copies. The book captured the attention of everyone from rappers Jay-Z, Ghostface Killer, and 50 Cent (who rapped on Lloyd Banks’s single, “Hands up, if you want to party with crooks you have to learn to Respect the Jux!”) to literary powerhouses like the bestselling author and publisher Karen Hunter. 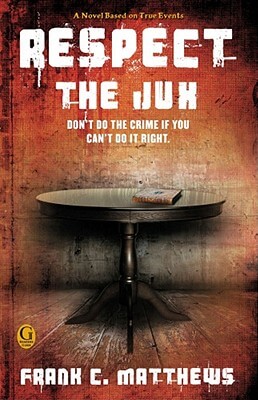