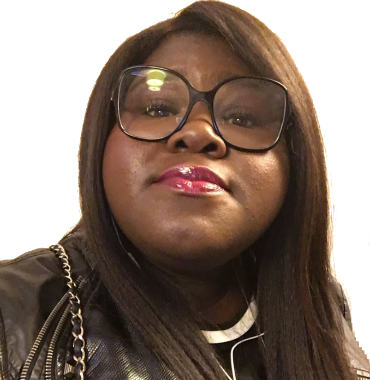 Gabourey “Gabby” Sidibe is an award-winning actress who is best known for the title role of Precious, based on the AALBC.com Bestselling novel, Push by Sapphire. She has since starred as Queenie in FX’s American Horror Story: Coven and Denise in Difficult People, and can currently be seen as Becky on Fox’s smash-hit sensation Empire. Sidibe recently made her directorial debut with the short film, The Tale of Four. This Is Just My Face is her first book. She was born in Brooklyn and raised in Harlem, New York.

Gabby was born in the Bedford Stuyvesant section of Brooklyn in 1983 to R&B/Gospel singer Alice Tan Ridley, and Ibnou Sidibe, a cab driver from Senegal. After her parents separated, Gabby was raised in Harlem by her mother who supported the family by teaching Special Ed and by singing in the subway.

A graduate of Washington Irving High School, Gabby was pursuing a degree in psychology at Mercy College and working as a telephone company customer service representative when she decided to try out for the title role in the movie Precious. Her audition so wowed director Lee Daniels that he had no hesitation about picking her over the 400 other actresses answering the casting call. 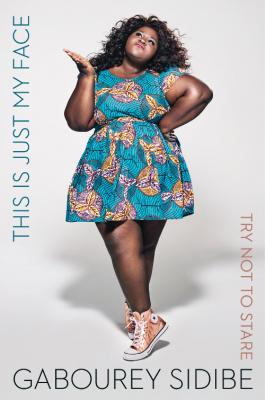 This Is Just My Face