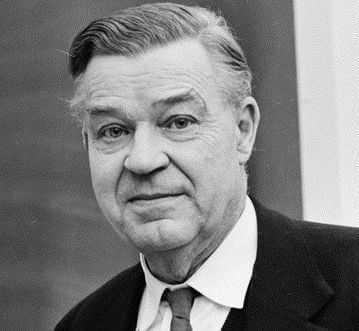 Karl Gunnar Myrdal (December 6, 1898 – May 17, 1987) was a Swedish Nobel laureate economist, sociologist, and politician. In 1974, he received the Nobel Memorial Prize in Economic Sciences with Friedrich Hayek for &ldsquotheir pioneering work in the theory of money and economic fluctuations and for their penetrating analysis of the interdependence of economic, social and institutional phenomena.&rdsquo

Gunnar Myrdal headed a comprehensive study of sociological, economic, anthropological and legal data on race relations in the United States funded by the Carnegie Corporation, starting in 1938. The result of the effort was Gunnar Myrdal’s best-known work, An American Dilemma: The Negro Problem and Modern Democracy, published in 1944. He characterized the problem of race relations as a dilemma because of a perceived conflict between high ideals, embodied in what he called the “American Creed,” on the one hand and poor performance on the other. In the generations since the Civil War, the U.S. had been unable to put its human rights ideals into practice for the African-American tenth of its population. This book was cited by the U.S. Supreme Court in its 1954 decision in Brown v. Board of Education, which outlawed racial segregation in public schools. Myrdal planned on doing a similar study on gender inequality, but he could not find funding for this project and never completed it.