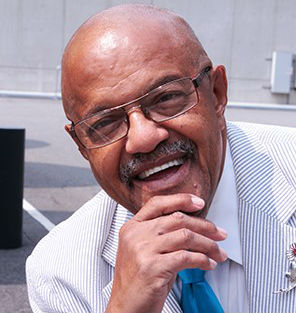 Dr. Herbert Harris is a retired attorney and author of numerous books including How to Make Money in Music, a highly popular guide book to the music industry published by Arco/Prentice Hall and Power Thoughts for Your Success. Herbert’s popular book, The Twelve Universal Laws of Success, provides an organized, straight forward, step-by-step approach to basic success principles and the laws of the universe under which they operate. This easy-to-read empowerment guide has been expanded into a second edition, The Twelve Universal Laws of Success 2nd edition that has attracted worldwide attention. Translations have been published in Canada, China, Czechoslovakia, India, Italy, Mexico, Romania and Saudi Arabia.

Dr. Harris, a graduate of Columbia University in New York City, is committed to lifelong learning. His knowledge pursuits have taken him all over the world and help him relate to audiences of all ages, cultural backgrounds, and educational levels. After a stint at Time Magazine in New York City, Herbert launched a freelance writing career that eventually evolved into a nationally syndicated newspaper column called “Thoughts for Success.”

Dr. Harris practiced law for many years and retired from his law practice to pursue a full-time writing and speaking career. Herbert studied under Dr. Frederick Eikerenkoetter (Rev. Ike) and became the Director of the Science of Living Institute in New York City. A former National Marketing Director with NSA, Herbert is a much sought after Marketing and Wealth Building expert.

Presently Dr. Herbert Harris resides in North Carolina and is very active as a transformational speaker/coach at churches, community centers, universities, and corporations. He is a popular guest on radio and television programs. He is a Director of the LifeSkill Institute and a Professional Marketing Master and Elite Trainer in the Network Marketing industry. Herbert hosts and maintains the weekly "Millionaire Mentorship" international conference call and webinar.

Solving The Race Issue In America 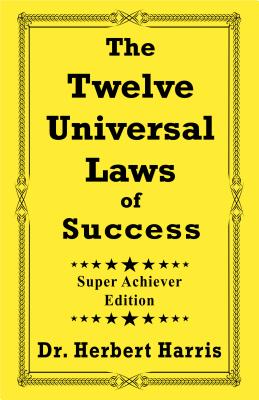 The Twelve Universal Laws of Success