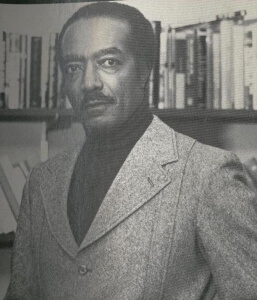 Hoyt W. Fuller (September 10, 1923 – May 11, 1981) was an editor, educator, critic, and author during the Black Arts Movement. Fuller created the Organization of Black American Culture (OBAC) in Chicago. The OBAC served, among other things, as a writers’ collective; Haki R. Madhubuti and Nikki Giovanni were notable participants.

Fuller was born in Atlanta, Georgia, his mother fell ill with a disease that caused her to become an invalid before bringing about her death. Shortly afterward in the same year, Fuller’s father died. Fuller went to live with his aunt in Detroit, Michigan. He frequently returned to Atlanta to visit his grandmother, who encouraged him to explore African-American culture.

Fuller graduated from Wayne State University with a bachelor’s degree in literature and journalism. After graduating, Fuller pursued a career in journalism. He worked at the Detroit Tribune, the Michigan Chronicle, and Ebony Magazine.

Becoming frustrated with the disconnect between Ebony’s content and the struggle for Africna American freedom, he quit his position as the magazine’s associate editor. Fuller moved to Europe, living for three years in France and Spain. While in Spain, he wrote about West Africa for the Amsterdam Haagse Post. He spent three months in Algiers and Guinea, an experience that inspired him to write Journey to Africa.

Fuller’s experiences in Africa gave him a new sense of purpose and led him to return to the United States. Fuller became editor of The Negro Digest, which became Black World. Negro Digest/Black World was devoted to black culture and arts and became an important platform for many Black Arts Movement writers. When the publication was discontinued in 1975, Fuller moved to Atlanta and founded the journal First World. 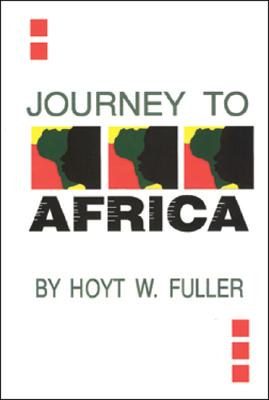