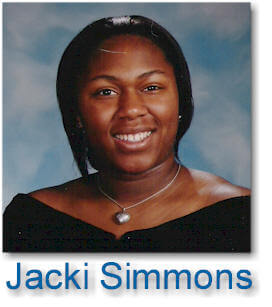 Being born in the Bronx and raised in Harlem, one is never at a loss for inspiration. It can be found on every corner, in every bodega, and in every person. Jacki Simmons knew this and harnessed her love for writing while she was still young. Her first short story complete at eleven and her first novel complete at sixteen, she has always had a love of literature. At thirteen, she won a school-wide essay contest and the chance to speak before greats such as Ossie Davis and Rosa Guy at the Schomburg Library in Harlem. They encouraged her to continue doing what she loved best, and she took their advice.

All through high school, she dazzled her teachers with the ability to stay at the head of her English class with her creative stories using various characters and situations. It was those words that encouraged her to continue writing. She spent her free time writing her first novel and it was finished just before her seventeenth birthday.

After a serious accident almost claimed her life in early 2005, Jacki was left discouraged. She abandoned her writing for nearly six months before a friend read something she had left to the side. It started out as a short story and blossomed into her second novel, Stripped. They loved it and suggested she try to get it published. The idea seemed a good one and Jacki went about the business of shopping around. After many setbacks and much time, the deal fell through and she left the company. With the love and support of her family a few close friends, she didn’t give up though, only allowing her setbacks to push her further forward.

Four months later, Jacki stumbled onto the doorstep of Crystal Lacey Winslow and Melodrama Publishing. Within three weeks, she was offered a contract and the rest, as they say, is history! 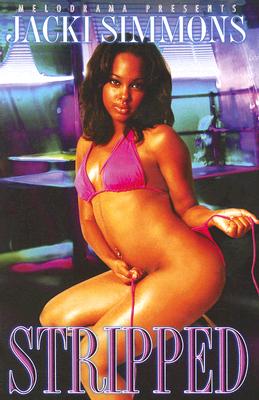