Jamarhl Carlton Crawford also known as UNO The Prophet comes from a legacy three generations deep in Boston Mass. Born and raised in an artistic family in the section known as Roxbury, his material often references the deep history that is in our all-too-often overlooked Black communities in Boston (Roxbury, Dorchester and Mattapan). He was exposed at an early age to all forms of music and live talent, as his grandmother was a renowned tap dancer in the US and Canada, often breaking bread with the likes of Lena Horne, Diahann Carroll, Jimmy Slyde and a young Gregory and Maurice Hines.

Growing up in Roxbury was colorful, and Jamarhl was exposed to much in his formative years, as his family had a rich history in the area and was one of the first of a handful there in the 1950’s. As a youngster he attended the esteemed Elma Lewis School of Fine Arts, which, in the 1970’s, was the Black Boston version of Fame, learning dance, drama, sewing, cooking, history, singing and music, among other things. It was here that he began to hone his artistic sensibilities, and he started poetry and rhyming at the early age of ten. In the late 80s he was heavily influenced by Public Enemy, Rakim, X-Clan and Poor Righteous Teachers, and later by Bob Marley, Jacob Miller and Peter Tosh, among others.

Jamarhl continued to do poetry & hip-hop shows, effectively finding his voice and direction. He has worked with and opened for The Last Poets, Poor Righteous Teachers, Public Enemy, Dead Prez, Sonia Sanchez and Amiri Baraka, with messages of revolution, Black pride, self-sufficiency and self-esteem. He has played the Transmusicales festival in Rennes, France in 2000 with Les Nubians and in 2002, played Summer Jam in Boston for a crowd of 20,000 people. Jamarhl has been featured on projects by Prof. Griff, Les Nubians and on Dr. Mutulu Shakur’s Dare To Struggle project…a tribute to his son Tupac, and his writings have been featured in both his own works and in national publications. UNO The Prophet’s latest Hip-Hop offering, Split the Prophet, is slated for a Summer 2008 release on Guerilla Funk Recordings, the record label of veteran Revolutionary Hip-Hop artist Paris. 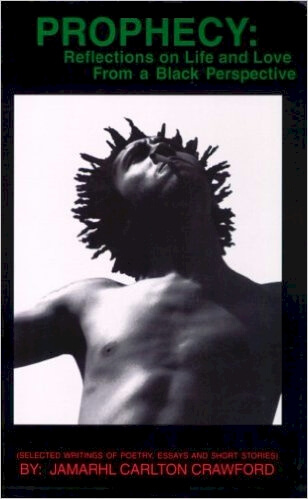