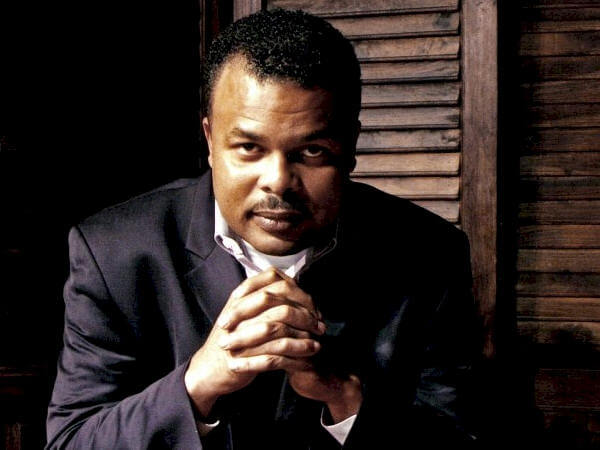 Morton is the founder and CEO of iYAGO Entertainment Group, an independently owned and operated multimedia production company. Morton has stated, "the company came into existence to reflect both the conscious and the unconscious soul of Black America".

In delivering his first feature-length documentary, What Black Men Think, Morton took on the role as producer, director, cameraman, lighting, editing, mixing, graphic artist, actor and more. He made the documentary because of one simple question "Are there more black men in jail or college?" This question challenges not only African Americans but every American, to rethink their perceptions about Black Male Identity.

Morton has traveled internationally and nationally to lecture and show his films. He has convened workshops, seminars and served as a panelist and keynote speaker at universities, prisons, conferences, churches and community centers around the world.

Morton states: "That I would have to make a film, just to prove that black men are not in the dire state that some would have you believe, demonstrates the confusion that exists in America today."

Directed and Produced by Janks Morton

WHAT IS DEAR DADDY ABOUT?

Dear Daddy is a feature length documentary about the life long effects of fatherlessness on women. The film follows the dramatic journeys of eight young women from the tough city streets of Washington,DC as they struggle to overcome poverty, poor educational systems, no healthcare, and the most difficult life circumstance they have been dealt… the absence of their fathers.

WHY IS THIS THE CRITICAL ISSUE?

82.3% is the number of African American children born since 1990 that will not live in the same home as their biological fathers before graduating High School. Today, a generation of African American youth, have not had sustained access to positive paternal or male role models. Consequently, the concept of a residential father is often too removed from these children’s reality. Many of us know the statistics; too many of us have attempted to affect the multiple social, economic and educational dilemmas facing the African American community.Through outreach media, iYAGO Entertainment Group has dedicated its works to familial healing and reconciliation.

Dear Daddy is not only about the struggles to survive and navigate as a young woman of color, but at its core, it’s about the importance of a father's role in the lives of their daughters.

G.U.P.I. (Guilty Until Proven Innocent)
Click to order via Amazon

The film will start a national dialogue around the egregious and greatest civil rights violations of our generation. The absolute bias against fathers and utter disregard for the equal protection clause of the US constitution by the fourth and self-governing arm of government…the family court system

An exploration of the systems that exploit and divide familes, mothers, fathers and children for power and profit. We Need to Talk
Click to order via Amazon

IF YOU COULD SHARE ONE EXPERIENCE THAT MAY SAVE A YOUNG GIRL'S LIFE…WOULD YOU?

THESE WOMEN DID, AND YOU WILL BE FOREVER CHANGED BECAUSE OF THEIR COURAGE…

From producer Janks Morton (What Black Men Think and Men To Boys) comes the next installment of the necessary and urgent conversation that will begin to lead the national dialogue in a new direction. With heartfelt and intimate moments shared by ten phenomenal women from the south side of Chicago, their riveting and untold story will be shared…Sister, daughter, grandmother, aunt or girlfriend, there is somehting I need to tell you about my life, and I hope my story will help you to heal…

"We Need To Talk," is guaranteed to provide the cornerstone and bedrock for all women to begin to give back to younger women in a way that has never been initiated by film. The truth and the transparency of these women's lives has permanently knocked opened the doorway to let a soul restoring generational bridge to be built…

From the producers of the best black documentary of 2007 comes the next installment in the landmark series "WHAT BLACK MEN THINK" what would the world be if you never saw your father while growing up? Do you think you could reach your true potential? Can a single mother impart the skills neccessary for a young boy to ascend to manhood? MEN TO BOYS is an attempt to reveal the consequences that a 69.7% out of wedlock birthrate and a divorce rate in excess of 50% has had on a generation of young boys of color….

What Black Men Think
Click to order via Amazon

IYAGO ENTERTAINMENT GROUP Presents WHAT BLACK MEN THINK - An In Depth View of How Myths, Stereotypes and Misrepresentations render Black Men Non-Necessities in their Communities and Families… In the most provocative Black film of the year, Janks Morton presents a searing examination of the role that myths, stereotypes and misrepresentations have played in the decimation of modern era black relationships, and how the symbiotic relationship between government, the media and black leadership perpetuates misinformation to further marginalize the role of black men in society. Since the triumphs of the civil rights legislations of the early 1960's havoc and decimation has been wreaked on the Black family with a specific devastation on the Black man. With negative imagery of the media, the failed policy of the great society and modern era black leadership abandoning tenets that historically held the community together, a new form of mental slavery has perpetuated an undeclared civil war in the Black Community… 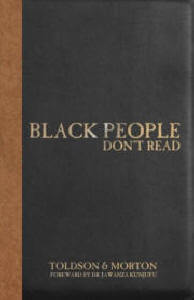 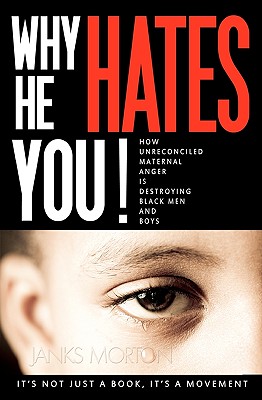 Why He Hates You!