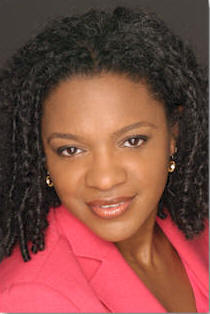 Linda A. Duggins is the Director of Multicultural Publicity at Hachette Book Group, USA. As Co-founder of the Harlem Book Fair, she has helped to create a nationally recognized venue that promotes literacy and literary expressions with writers of the Diaspora. An avid booklover, she is the Co-leader of the African Diaspora Literary Group in New York City. Linda is also on the Board of Directors of the National Book Club Conference, based in Atlanta, GA, whose mission is to advance literacy and knowledge through reading and dialogue. She is also on the Board of Directors of the Caribbean International Literary Festival, held in Antigua, as well as the Board of Directors of the Queensbridge Scholarship Fund, serving college bound students in the Queensbridge and Ravenswood housing developments. Terrie Williams, Teri Woods, Dr. Henry Louis Gates, Jr. and Nalo Hopkinson are among the many great authors represented by Duggins at Hachette. She earned her MBA in Media Management from Metropolitan College of New York in January 2005.

Ms. Duggins may be reached at Laduggy1@gmail.com

BOARD OF DIRECTORS, The Caribbean International Literary Festival
Create exciting forums that bring writers from across the Diaspora to Antigua for the love of the written word.

BOARD OF DIRECTORS, National Book Club Conference
Promote reading and literacy; create and maintain book clubs for adults and instituting them in public schools; and advance knowledge through dialogue.

BOARD OF DIRECTORS, Up South International Book Festival
Up South Incorporated celebrates literary and artistic work by established and emerging international artists of color particularly those underrepresented in mainstream media to help expand the audiences for their work.

GUEST COMMENTATOR, WBAI Radio, Off The Page
A one hour weekly radio show on the world of books.   Thought-provoking, irreverent, international, provocative. ’Off The Page’ will be your radio one stop shop for what’s happening in the world of books, with a particular emphasis on people of color hosted by Esther Armah with guest commentators Renee Flagler and Rosalind McClymont.

Arts on the Pier - August 2004 - co-creator and producer Arts On The Pier is a collaboration of creative minds who have united their visions for this common purpose to bring the communities of our city closer together in order to make a difference in the lives of many with a pleasant summer evening of dance, live music, poetry and film.

HOT BOOK FUN IN THE SUMMERTIME - July 2006 - creator and producer Mystery, suspense, biography, love, sex Celebrate the summer with some of the HOTTEST titles for the taking.  Readings, dancing and refreshments an afternoon with authors and an old-school dance party with: Meta Smith - The Rolexxx Club, Karen E. Quinones Miller - Satin Nights, Chris Farley - Before the Legend: The Rise of Bob Marley, Lyah Beth LeFlore - Last Night the DJ Saved My Life, Steve Perry - Man Up!, S. James Guitard - Chocolate Thoughts, Darren Coleman - Ladies Listen Up, Elaine Meryl Brown - Playing By the Rules, Flores A. Forbes Will You Die With Me?: My Life and the Black Panther Party, Eisa Nefertari Ulen - Crystelle Mourning

Caribbean Women’s Literary Celebration March 2007
Creator and producer In celebration of women’s history month five women writers of Caribbean descent discuss the voice and role of Caribbean women on the page and live and in living color at the historic Enoch Pratt Library in Baltimore, MD.