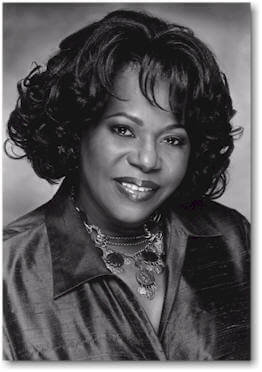 M. Nicole Bryant was born in St. Louis, Missouri and raised in East Carondelet, Illinois. She attended Southern Illinois University in Edwardsville, before to moving to Oakland, California.

At the age of 42, breast cancer made an uninvited and abrupt intrusion into her life. Bryant says she recalls how confused and vulnerable she felt. "I didn't know anyone who had had breast cancer, black or white. Isolation was just one of the many emotions I felt". On one occasions, after having decided to have a mastectomy, she asked to see a picture of a woman who had had a mastectomy. She was hoping for a picture of an African American woman; she was given one of a Caucasian woman. She was told that the facility didn't have any pictures of African American women who had had a mastectomy. This, along with other situations she encountered propelled her into a life of breast cancer advocacy and awareness. She has taken her message of hope and empowerment everywhere from prisons to churches.

This first-time author and 12 year breast cancer survivor felt compelled to write her memoir/resource manual because initially, she wanted to give her daughter and granddaughters a gift of hope. As time passed, she was driven by a sense of obligation and responsibility to all women, particularly women of color.

African American women are more likely to die from breast cancer than all other women. Yet, it's been over a decade since one has written a book about it. "A decade is a long time to wait for anything, but it's especially long for an African American woman not to write about the disease that takes the lives of so many of us, and leaves so many others devastated and without hope".

When she first started thinking about writing a book, she reflected on what she needed, wanted, and hoped for at the time of her diagnosis. Consequently, she realized that she had to do more than just tell her story. Her responsibility was bigger than that. The scriptures say: For unto whomsoever much is given, of him much is required. "I had to provide information that would help the reader make informed and realistic decisions about her/his healthcare information that could possibly save lives". She wanted to provide the readers with information they would embrace, be uplifted and empowered by.

Like many first-time authors, Nicole knew it would be an uphill battle to get her first novel published. Nicole founded Precisely Write Publishing and self-published her book.

Tell us how much you like M. Nicole Bryant. 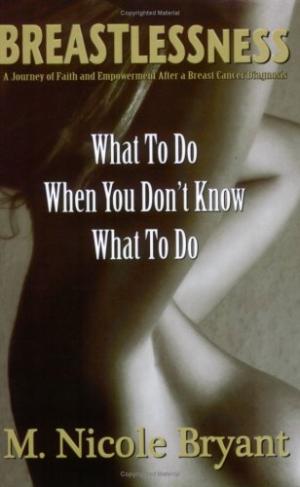