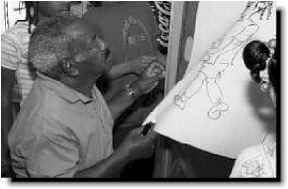 Turner was raised in Oakland, California, the youngest child of a Pullman porter father and a homemaker and nurse mother.

During World War II, where he served as a mechanic with Tuskegee Airmen, his illustrations appeared in the newspaper Stars and Stripes. After the war, while working for the Oakland Police Department, he created the comic strip Baker’s Helper.

When Turner began questioning why there were no minorities in cartoons, his mentor, Charles M. Schulz of Peanuts fame, suggested he create one. Morris’ first attempt, Dinky Fellas, featured an all-black cast, but found publication in only one newspaper, the Chicago Defender. Turner integrated the strip, renaming it Wee Pals, and in 1965 it became the first American syndicated comic strip to have a cast of diverse ethnicity.

Wee Pals, featured childhood playmates who were White, Black, Asian, Hispanic and Jewish (joined in later years by a girl in a wheelchair and a deaf girl), and was considered subversive in 1965 when a major syndicate first offered it to newspapers. Although the strip was only originally carried by five newspapers, after Martin Luther King’s assassination in 1968, it was picked up by more than 100 papers. 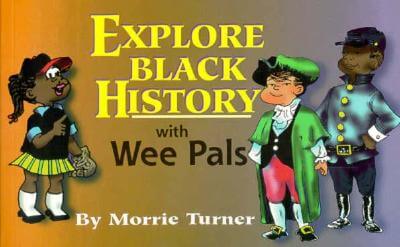