Robbie Montgomery (“Miss Robbie”) spent her early childhood years in Mississippi before she and her family moved to St. Louis. As the oldest of nine children, Robbie was often responsible for putting meals on the family table. By working side-by-side with her mother in their St. Louis kitchen, Robbie learned to prepare dozens of her mother’s classic soul food dishes.

As an avid singer in her church choir and a frequent participant in local talent contests, it was apparent that Robbie had a gift for song. In 1958, she left school to pursue music professionally, and soon the opportunity presented itself for Robbie to work with Art Lassiter and sing as an “Artette.” She then met and worked as a backup singer with Ike Turner and a young Anna Mae Bullock, who was soon to become Tina Turner. “A Fool In Love” became Ike and Tina Turner’s first big hit, and Robbie joined them on the road as an “Ikette.” While on the road, Robbie’s skills in the kitchen were coveted by fellow tour members, and she often prepared meals for the band on hot plates in hotel rooms.

After touring as an “Ikette,” Robbie moved to California to tour with Dr. John as a “Night Tripper” and did session work with Stevie Wonder, Barbara Streisand, Joe Cocker, and the Rolling Stones, among other major musical acts. In the later part of the 1970’s, Robbie opened a restaurant in Pomona, California called “Wings and Things.” When her singing career came to an end in 1979 due to a lung condition that did not heal properly, Robbie was forced to retire. She returned to St. Louis and led a second career as a dialysis technician. However, the drive to open a restaurant was overpowering for Robbie, and she soon found another audience for her talents when she — along with her son, Tim Norman — opened Sweetie Pie’s.

Sweetie Pie’s serves up the great soul food that Robbie’s mother taught her to make when she was just a girl. Each location serves made-from-scratch soul food that is so good, the Sweetie Pie’s restaurants have become St. Louis landmarks and must-visit destinations for anyone looking for delicious comfort food and great service. 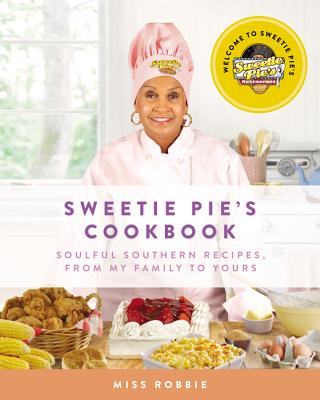