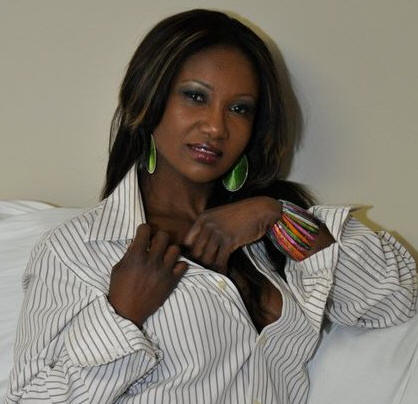 Sandy Daley is an actor, author, radio and TV personality. Her controversial first novel, Whose Vagina Is It, Really? is dedicated to the single and married woman. The novel is often discussed, argued and recommended by many, details the lives of women in a modern world. She is a favored guest on many talk and radio programs, as her vibrant personality is endeared by many and she is known for her candidness with all topics and questions thrown at her.

Daley, in her first audition, scored the lead role in Christine Browne's feature film, Another Planet. Film critics have described Daley as a young Susan Sarandon, with the range and charisma of Angela Bassett. Daley has appeared in numerous music videos, and her acting credits include lead roles in various college productions including, The Sweetest Thing, where Ms. Daley showed remarkable versatility by playing a 60-year-old woman.

Sandy was born in Kingston, Jamaica, currently resides in Toronto, Canada, continues to act in her spare time and hopes to produce Whose Vagina Is It, Really? as a stage play.

Sandy began writing for Street Hype Newspaper, based out of New York City in 2007. Her column, Real Talk with Sandy, is now one of the most talked about and well-read columns in the newspaper, and can also now be read in Pride News Magazine which is published in Toronto, Canada.

She won the Spirit Award for the most favorite columnist in 2009, which was handed out at Citi Fields in New York City. Sandy tackles the issues surrounding love and relationships and even sex, in a very humorous, yet truthful way. Everyone looks forward to her weekly adventures as a single woman, still hopeful that Mr. Right will soon reveal himself.

Persuaded by many to write a book, Sandy began working on Whose Vagina Is It, Really?The book which has many tongues a wagging, not only because of its title but also its contents and the issues surrounding women, as detailed by Sandy, has received rave reviews, she has been dubbed by many as "The Black Carrie Bradshaw".

Sandy says: "My goal is to encourage women to really grasp the control that they have over their own lives. I never tell a woman what to do or what decisions to make. I just write my articles and use my life as an example. Do what you want to do with it after I am done is my motto, as it is up to you and only you to make decisions for yourself."

Sandy continues to forge new heights for women as she controls her brand with her websites and online blogs (www.sandydaley.com and www.sandydaleyblogspot.com).

Her new project The Daley Grind, her radio, and television show, which is aired in 5 States, is one of the most listened shows on the airwaves. Her hot new underwear and lingerie line are quickly becoming a must have for all the ladies as well. She is also currently working on her own online magazine, aptly named Sandy Online, due to be launched by the end of December 2012. Her follow-up book, Whose Penis Is It, Really? will be available in stores by the end of November 2012 as well. 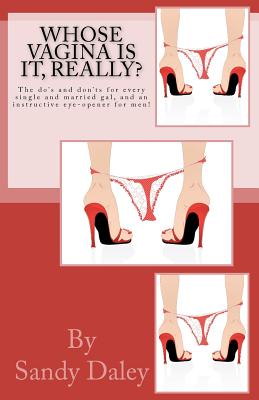 Whose Vagina Is It Really?