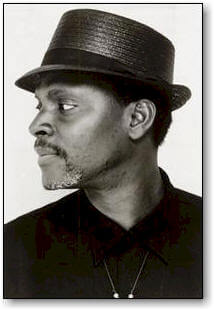 While attending the City College of New York (CCNY), he began reciting poetry publicly, Sundiata converged with several other student activists, including once-mayoral candidate of Pittsburgh and longtime friend, Leroy Hodge, to form the basis for what soon became known as the Black and Puerto Rican Student Community of City College (BPRSC). This phalanx of 400 students soon made their own history, closing the 21,000-student campus during the Spring of 1969, to demand, among other things, that CCNY be renamed Harlem University. The net effect of the student takeover culminated in both an Open Admissions Policy that took effect in September 1970, the full legitimization of ethnic studies departments throughout the nation, as well as the requirement that all education majors within the City University take courses in African American History and to have Spanish as a Second Language.

Among his acknowledged mentors at City were Toni Cade Bambara, June Jordan, and fellow student Louis Reyes Rivera, with whom Sundiata helped to establish the first Black student newspaper at the City University, CCNY's The Paper. Their association would span close to forty years of mutual respect and admiration. Upon completing his Bachelor's Degree, Sundiata enrolled and completed his Master's in Creative Writing while regularly producing community-based poetry readings that were known to draw SRO crowds. In 1976, his creative sensibilities, his innate organizing skills, and his associations with a convergent generation of excellent poets, musicians and dancers immediately led to a collaborative project he directed that would commemorate 100 years of Black struggle for freedom and Human Rights. Titled The Sounds of the Memory of Many Living People (1863-1876/ 1963-1976) , this production, which included upcoming novelist Arthur Flowers and such poets as Safiya Henderson-Holmes, BJ Ashanti, Tom Mitchelson, Louis Reyes Rivera, et al, was staged in Harlem over a period of two days, signaling much of what was to come from Sekou's sense of vision, steadily breaking ground for what was then a new literary genre,

Performance Poetry, fully anticipating elements of both Hip Hop Culture and Spoken Word Art. In 1977, the aforementioned poets, along with Zizwe Ngafua, Rashidah Ismaili, Fatisha (Hutson), Sandra Maria Esteves, Akua Lezli Hope, Mervyn Taylor, and Sekou, among others, formed the Calabash Poets Workshop, which group signaled the arrival of a new literary heat in New York, regularly producing soirees and fori (1977-1983) that included all of the arts and culminated in a three-year attempt (1979-1982) to establish an independent Black Writers Union. Upon the release of his first vinyl album (circa 1980), Are & Be, Sekou Sundiata was dubbed by Amiri Baraka as "the State of the Art." Since then, Mr. Sundiata established a longtime relationship with CCNY's Aaron Davis Performing Arts Center, through which venue he intermittently produced new material for the stage, consistently collaborating with musicians, dancers, and actors. He was eventually selected for a number of earned fellowships, including a Sundance Institute Screenwriting Fellow, a Columbia University Revson Fellow, a Master Artist-in-Residence at the Atlantic Center for the Arts (Florida), and as the first Writer-in-Residence at the New School University in New York, in which university's Eugene Lang College he remained a professor. He was, as well, among those featured in the Bill Moyers' PBS series on poetry, The Language of Life, and in Russell Simmons' Def Poetry Jam on HBO.

Among several highly acclaimed performance theater works in which he served as both author and performer are: The Circle Unbroken is a Hard Bop, which toured nationally and received three AUDELCO Awards and a BESSIE Award; The Mystery of Love, commissioned and produced by New Voices/ New Visions at Aaron Davis Hall in New York City and the American Music Theater Festival in Philadelphia; and Udu, a music theater work produced by 651 ARTS in Brooklyn and presented by the International Festival of Arts and Ideas in New Haven, the Walker Art Center and Penumbra Theater in Minneapolis, Flynn Center in Burlington, VT, the Hopkins Center at Dartmouth College in New Hampshire, and Miami-Dade Community College in Florida. Throughout this period and since 1985, he developed a close association with co-collaborator and legendary trombonist Craig S. Harris.

Blessing the Boats, Sundiata's first solo theater piece, an exploration into his own personal battles with kidney failure, opened in November 2002 at Aaron Davis Hall, NYC. It has since been presented in more than 30 cities and continued to tour nationally. In March 2005, Sundiata produced The Gift of Life Concert, an organ donation public awareness event at the Apollo Theater that kicked off a three-week run of blessing the boats at the Apollo's SoundStage. in partnership with the Apollo Theater Foundation, the National Kidney Foundation and the New York Organ Donor Network with support from the U.S. Department of Health and Human Services.

Since 2006, his the 51st (dream) state has been presented throughout the U.S. and in Australia. Both blessing the boats and the 51st (dream) state were produced in collaboration with MultiArts Projects and Productions (MAPP). In addition to working within community engagement activities at Harlem Stages/Aaron Davis Hall, the University of Michigan and University Musical Society (Ann Arbor, MI), the University of North Carolina (Chapel Hill, NC), the University of Texas Austin (Austin, TX), in Miami Dade College (Miami, FL), and the Walker Arts Center in Minneapolis, Sundiata has appeared as a featured speaker and artist at the Imagining America Conference (Ann Arbor, MI), at the Institute of Contemporary Art (Boston, MA), and at the Pedagogy and Theater of the Oppressed Conference (Minneapolis, MN), among others. Prior to his demise, he was engaged in producing a DVD documenting the America Project for use by universities and presenters as a model for art and civic engagement.

In addition to 1979 Are & Be album, Sundiata's other releases include a second album, The Sounds of the Memory of Many Living People, and two CDs, The Blue Oneness of Dreams, nominated for a Grammy Award, and long-story short. Each of these works is rich with the sounds of blues, funk, jazz and African and Afro-Caribbean percussion, with the latter two featuring Craig Harris.

Before there was Run-D.M.C., before Grandmaster Flash, before Afrika Bambaataa, rap's true infancy existed with a few black radicals like the Watts Prophets and Gil Scott Heron. For artists such as these, flow, beats, or danceability didn't matter as much as the message did. They were political poets who were more effective with a musical background. Sekou Sundiata picks up this torch and carries it on, years after rap has gone the way of MTV, dance clubs, and innocuous million sellers. The latest prodigy of Ani Dofasco's Righteous Babe label, longstoryshort is "rhythm 'n' news." Tracks like "Droppin' Revolution" expose the lack of political activism in pop music: "People be droppin' 'revolution' like it was a pick up line/You wouldn't use that word if you knew what it meant." And for all of the naming names and biting liberal commentary, there is a hell of a musical backdrop: Loungy organs, funkified guitars, agile bass, and impeccable drumming create an aura worthy of any blaxploitation film. While the mood is sweet enough to lose the lyricism, Sundiata's brilliantly urgent message will make sure that you listen and think hard about his point of view. No small feat. Jaime Vazquez (All Music Guide)

The Blue Oneness of Dreams
Click to order via Amazon

The sophomore album of poetry from Sekou Sundiata, English professor and New York aesthetic collector. The basic form is a collection of contemporary soul and jazz accompaniment to powerfully delivered spoken poems from Sundiata. The sound is more Afro-American-centric than Afro-centric, but there's a bit of a hearkening to more purely African sounds as the Senegalese drums are called out for "Philosophy of the Cool" at the end of the album. Sundiata shows off an outstanding range of vocal ability, working within the limited structure of the spoken word. He can give a sermon fit for an NAACP conference, or a string of stories somewhere between a stream of consciousness and a coherent story, all at a breakneck speed that makes Bobby McFerrin sound lazy. The atmosphere laid out by Sundiata's backing band and the occasional vocalists lend an ambience to the poetry that doesn't usually stand out so well on the majority of spoken word albums. There's some Malcolm X in here, some KRS-One, and some En Vogue, but at its core, there are only the original thoughts of an outstanding poet. This album doesn't ask to be listened to, it demands it.  Adam Greenberg (All Music Guide)

An official statement from the family:
At 5:47 AM on Wednesday, July 18, 2007, my beloved Sekou Sundiata passed away. On behalf of Sekou and his family, thank you all for your expressions of love and support and for your prayers. Cards can be sent to 296 Stuyvesant Avenue, Brooklyn, New York 11221
'Maurine (Kazi) Knighton