The Black Dot began his career as a columnist for the underground Hip Hop newspaper called, 4 Korners. His knowledge and wisdom of the metaphysical aspects of the culture provided great insight into the potential of Hip Hop’s future beyond the physical components of the art form. The Black Dot continues to write articles, review albums, and provide op-ed pieces for blogs and other media outlets.

The Black Dot is the author of the underground, cult classic book, Hip Hop Decoded From Its Ancient Origins To Its Modern Day Matrix. This book literally changed the way the world viewed Hip Hop. Never before had a book dealt with the spiritual aspects of the culture. This book went deep into the abyss that goes well beyond the four basic elements of Hip Hop, which are the DJ, The Graph Writer, The B-Boy/Girl, and the Emcee.

The Black Dot is an international lecturer who has taught about the culture of Hip Hop in Germany, London, Bermuda, Toronto, as well as, at historic Universities like Spellman and Howard. The Black Dot also lectures at schools, bookstores and street corners. The Black Dot continues to bring cutting edge, breakthrough concepts about Hip Hop to the forefront.

Tell us how much you like The Black Dot.

1 Book by The Black Dot 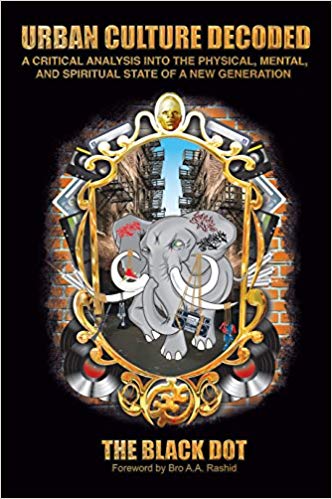