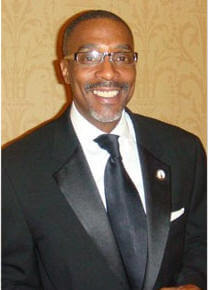 Tracey D. Syphax is an entrepreneur, community activist, and a motivational speaker. He is President and CEO of two firms, Capitol City Contracting, Inc., a construction company specializing in roofing, siding, windows, and doors and, The Phax Group, LLC. is a real estate development company. Syhax also serves as Co-Chair for Trenton New Jersey’s Mayor’s Office of Employment and Training (MOET), and Co-Chair of Union Baptist Church Trustee Ministry.

Tracey Syphax is a history making path breaking figure in the African American community with an incomparable record of accomplishment both personally, professionally and philanthropically. Once identified in his youth as inmate #226926 today he is known as the first African American to receive the Entrepreneur of the Year Award from the Princeton Chamber of Commerce.

Tracey Syphax tirelessly continues to give back with passion and vigor to his New Jersey community. His mission: to encourage the next generation of entrepreneurs. Embracing entrepreneurialism on many levels Tracey Syphax is one of the founding board members of the highly successful Minding Our Business (MOB). Founded in 1997 MOB is a community outreach program of Rider University College of Business Administration. The purpose of MOB is to advance the personal and vocational development of Trenton youth through entrepreneurship education and mentoring. Since inception, MOB has trained and mentored more than 1300 Trenton middle school students, ages 11-14, in starting and running their own businesses. The skills needed to run a business successfully are also important life skills.

Tracey Syphax is a board member of the African American Chamber of Commerce of New Jersey (AACCNJ). He is also a former founding Chair of the Board for Fathers & Men United for a Better Trenton. In his autobiography, From the Block to the Boardroom, Tracey shares with author Detric “Qadiriyyah” Goss his powerfully uplifting story of the success that comes from faith, love and the second chances given to those who were formerly incarcerated. 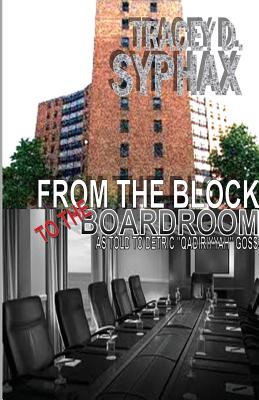 From The Block to the Boardroom