On Her Own Ground: The Life and Times of Madam C.J. Walker
by A’Lelia Bundles

Read a Description of On Her Own Ground: The Life and Times of Madam C.J. Walker

The daughter of slaves, Madam C. J. Walker wasorphaned at seven, married at fourteen and widowed at twenty. She spent thebetter part of the next two decades laboring as a washerwoman for $1.50 a week.Then, with the discovery of a revolutionary hair care formula for black women, everything changed. By her death in 1919, Walker managed to overcomeastonishing odds: building a storied beauty empire from the ground up, amassingwealth unprecedented among black women and devoting her life to philanthropy andsocial activism. Along the way, she formed friendships with greatearly-twentieth-century politi-cal figures such as W.E.B. Du Bois and Booker T.Washington.

On Her Own Ground is not only the first comprehensive biography of oneof recent history’s most amazing entrepreneurs and philanthropists, it is abouta woman who is truly an African American icon. Drawn from more than two decadesof exhaustive research, the book is enriched by the author’s exclusive access topersonal letters, records and never-before-seen photographs from the familycollection. Bundles also showcases Walker’s complex relationship with herdaughter, A’Lelia Walker, a celebrated hostess of the HarlemRenaissance and renowned friend to both LangstonHughes and Zora NealeHurston. In chapters such as "Freedom Baby," "MotherlessChild," "Bold Moves" and "Black Metropolis," Bundlestraces her ancestor’s improbable rise to the top of an international hair careempire that would be run by four generations of Walker women until its sale in1985. Along the way, On Her Own Ground reveals surprising insights, tellsfascinating stories and dispels many misconceptions.

On Her Own Ground was named a2002 BCALA Honor Book, a 2001 New York Times Notable Book and the 2001 LetitiaWoods Brown Book Prize winner for the Best Book on Black Women’s History by theAssociation of Black Women Historians. It has become a favorite of women’s bookclubs and was one of the Go On Girl! Book Club selections for 2001. It is beingtaught in high schools, colleges and even in the Bedford Hills CorrectionalFacility’s college course for women prisoners. 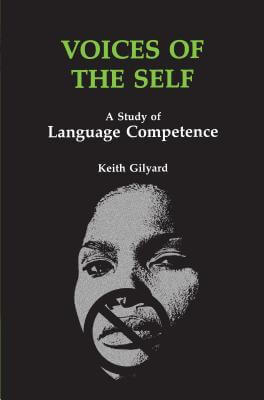 Voices Of The Self: A Study Of Language Competence (African American Life Series)
by Keith Gilyard

Read a Description of Voices Of The Self: A Study Of Language Competence (African American Life Series)

Book Description:
A unique blend of memoir and scholarship, Keith Gilyard’s Voices of the Self is a penetrating analysis of the linguistic and cultural "collision" experienced by African-American students in the public education system. Gilyard examines black students "negotiate" their way through school and discusses the tension between the use of Black English and Standard English, underlining how that tension is representative of the deeper conflict that exists between black culture and white expectations. Vivid descriptions-often humorous, sometimes disturbing, always moving-of Gilyard’s own childhood experiences in school and society are interlaced with chapters of solid sociolinguistic scholarship. Encompassing the perspectives of both the "street" and the "academy," Voices of the Self presents an eloquent argument for cultural and linguistic pluralism in American public schools.