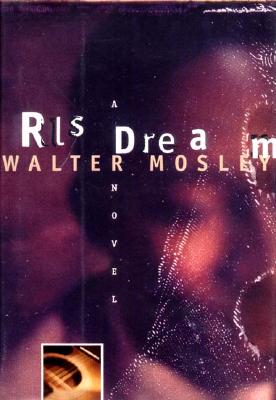 Read a Description of RL’s Dream

When a black musician in New York is evicted for non-payment of rent, a white woman living in the same apartment block takes him in. He is Soupspoon Wise, a gentle jazz guitarist from Mississippi who has cancer. She is Kiki Waters, a drinking, swearing redhead from Arkansas who works on Wall Street. The novel traces their manage. RL’s Dream is a novel about the blues as an expression of black poetry and black tragedy and how they sit in judgment on the American experience. In contemporary New York, aging bluesman Soupspoon Wise is alone, ill, and dying. He has played his music in a thousand bars, clubs, and juke joints, but never so memorably as the time he played with one Robert Johnson in the Mississippi delta. That brief, indelible encounter with the great genius of country blues haunts Soupspoon, much as Johnson himself is said to have been possessed by Satan. And so Soupspoon proceeds to tell his story to Kiki Waters, the young white woman who has taken him in, another refugee from a South she can neither deny nor escape. 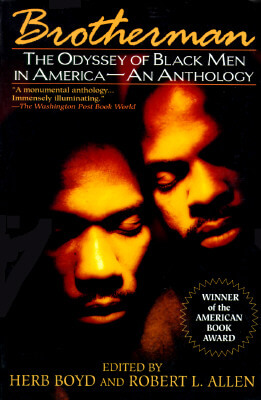 Brotherman: The Odyssey of Black Men in America—An Anthology
by Herb Boyd and Robert L. Allen

Read a Description of Brotherman: The Odyssey of Black Men in America—An Anthology

Book Description:
"[AN] OUTSTANDING COLLECTION…
The powerful opening excerpt by Frederick Douglass evokes his boyhood as a slave, and the collection closes with an eloquent discussion of the race problem today by Cornel West. A distinguished addition to black studies."
—Publishers Weekly (starred review)
The purpose of this extraordinary anthology is made abundantly clear by the editors’ stated intention: "to create a living mosaic of essays and stories in which Black men can view themselves, and be viewed without distortion." In this, they have succeeded brilliantly. Brotherman contains more than one hundred and fifty selections, some never before published—from slave narratives, memoirs, social histories, novels, poems, short stories, biographies, autobiographies, position papers, and essays.
Brotherman books us passage to the world that Black men experience as adolescents, lovers, husbands, fathers, workers, warriors, and elders. On this journey they encounter pain, confusion, anger, and love while confronting the life-threatening issues of race, sex, and politics—often as strangers in a strange land. The first collection of its kind, Brotherman gathers together a multitude of voices that add a new, unforgettable chapter to American cultural identity.