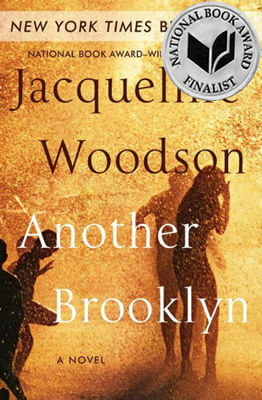 Another Brooklyn: A Novel
by Jacqueline Woodson

Read a Description of Another Brooklyn: A Novel

The acclaimed New York Times bestselling and National Book Awardwinning author of Brown Girl Dreaming delivers her first adult novel in twenty years.Running into a long-ago friend sets memory from the 1970s in motion for August, transporting her to a time and a place where friendship was everything—until it wasn’t. For August and her girls, sharing confidences as they ambled through neighborhood streets, Brooklyn was a place where they believed that they were beautiful, talented, brilliant—a part of a future that belonged to them.But beneath the hopeful veneer, there was another Brooklyn, a dangerous place where grown men reached for innocent girls in dark hallways, where ghosts haunted the night, where mothers disappeared. A world where madness was just a sunset away and fathers found hope in religion. Like Louise Meriwether’s Daddy Was a Number Runner and Dorothy Allison’s Bastard Out of Carolina, Jacqueline Woodson’s Another Brooklyn heartbreakingly illuminates the formative time when childhood gives way to adulthood—the promise and peril of growing up—and exquisitely renders a powerful, indelible, and fleeting friendship that united four young lives.

Read a Description of Grace

For a runaway slave in the 1840s south, life on the run can be just as dangerous as life under a sadistic Massa. That’s what fifteen-year-old Naomi learns after she escapes the brutal confines of life on an Alabama plantation and takes refuge in a Georgia brothel run by a gun-toting Jewish madam named Cynthia. Amidst a revolving door of gamblers and prostitutes, Naomi falls into a love affair with a smooth-talking white man named Jeremy.

The product of their union is Josey, whose white skin and blond hair mark her as different from the others on the plantation. Having been taken in as an infant by a free slave named Charles, Josey has never known her mother, who was murdered at her birth. Josey soon becomes caught in the tide of history when news of the Emancipation Proclamation reaches her and a day of supposed freedom turns into one of unfathomable violence that will define Josey?and her lost mother? for years to come.

Grace is a sweeping, intergenerational saga featuring a group of outcast women during one of the most compelling eras in American history. It is a universal story of freedom, love, and motherhood, told in a dazzling and original voice set against a rich and transporting historical backdrop.

Like the protagonist of AGulliver’s Travels, Cora encounters different worlds at each stage of her journey—hers is an odyssey through time as well as space. As Whitehead brilliantly re-creates the unique terrors for black people in the pre-Civil War era, his narrative seamlessly weaves the saga of America from the brutal importation of Africans to the unfulfilled promises of the present day. The Underground Railroadis at once a kinetic adventure tale of one woman’s ferocious will to escape the horrors of bondage and a shattering, powerful meditation on the history we all share.

Read a Description of Hidden Figures

Hidden Figures: The American Dream and the Untold Story of the Black Women Mathematicians Who Helped Win the Space Race

Before John Glenn orbited the earth, or Neil Armstrong walked on the moon, a group of dedicated female mathematicians known as “human computers” used pencils, slide rules and adding machines to calculate the numbers that would launch rockets, and astronauts, into space.

Among these problem-solvers were a group of exceptionally talented African American women, some of the brightest minds of their generation. Originally relegated to teaching math in the South’s segregated public schools, they were called into service during the labor shortages of World War II, when America’s aeronautics industry was in dire need of anyone who had the right stuff. Suddenly, these overlooked math whizzes had a shot at jobs worthy of their skills, and they answered Uncle Sam’s call, moving to Hampton, Virginia and the fascinating, high-energy world of the Langley Memorial Aeronautical Laboratory.

Even as Virginia’s Jim Crow laws required them to be segregated from their white counterparts, the women of Langley’s all-black “West Computing” group helped America achieve one of the things it desired most: a decisive victory over the Soviet Union in the Cold War, and complete domination of the heavens.

Starting in World War II and moving through to the Cold War, the Civil Rights Movement and the Space Race, Hidden Figures follows the interwoven accounts of Dorothy Vaughan, Mary Jackson, Katherine Johnson and Christine Darden, four African American women who participated in some of NASA’s greatest successes. It chronicles their careers over nearly three decades they faced challenges, forged alliances and used their intellect to change their own lives, and their country’s future. 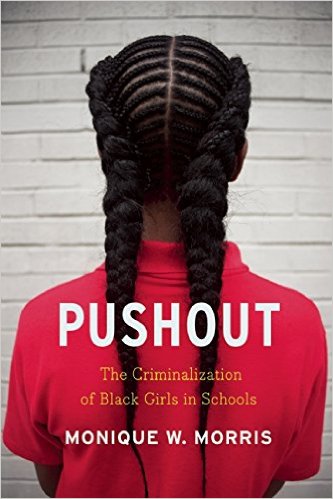 Pushout: The Criminalization of Black Girls in Schools
by Monique W. Morris

Read a Description of Pushout: The Criminalization of Black Girls in Schools

“A powerful indictment of the cultural beliefs, policies, and practices that criminalize and dehumanize Black girls in America, coupled with thoughtful analysis and critique of the justice work that must be done at the intersection of race and gender.”—Michelle Alexander, author of The New Jim Crow

Pushout: The Criminalization of Black Girls in Schools is a discussion about the experiences of Black girls across the country whose intricate lives are misunderstood, highly judged—by teachers, administrators, and the justice system—and degraded by the very institutions charged with helping them flourish. This book shows how, despite obstacles, stigmas, stereotypes, and despair, Black girls still find ways to breathe remarkable dignity into their lives in classrooms, juvenile facilities, and beyond. 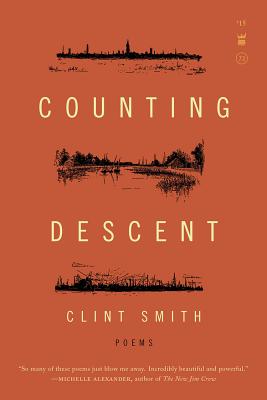 Read a Description of Counting Descent

Book Description:
Winner, 2017 Black Caucus of the American Library Association Literary Award
Finalist, 2017 NAACP Image Awards
’One Book One New Orleans’ 2017 Book Selection—-Clint Smith’s debut poetry collection, Counting Descent, is a coming of age story that seeks to complicate our conception of lineage and tradition. Smith explores the cognitive dissonance that results from belonging to a community that unapologetically celebrates black humanity while living in a world that often renders blackness a caricature of fear. His poems move fluidly across personal and political histories, all the while reflecting on the social construction of our lived experiences. Smith brings the reader on a powerful journey forcing us to reflect on all that we learn growing up, and all that we seek to unlearn moving forward. 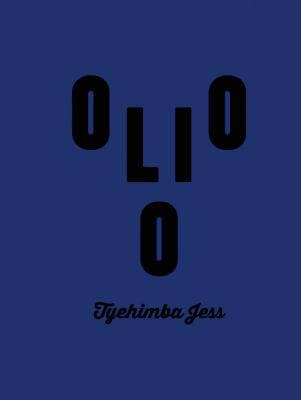 Read a Description of Olio

Part fact, part fiction, Tyehimba Jess’s much anticipated second book weaves sonnet, song, and narrative to examine the lives of mostly unrecorded African American performers directly before and after the Civil War up to World War I. Olio is an effort to understand how they met, resisted, complicated, co-opted, and sometimes defeated attempts to minstrelize them.

So, while I lead this choir, I still find that
I’m being led I’m a missionary
mending my faith in the midst of this flock
I toil in their fields of praise. When folks see
these freedmen stand and sing, they hear their God
speak in tongues. These nine dark mouths sing shelt 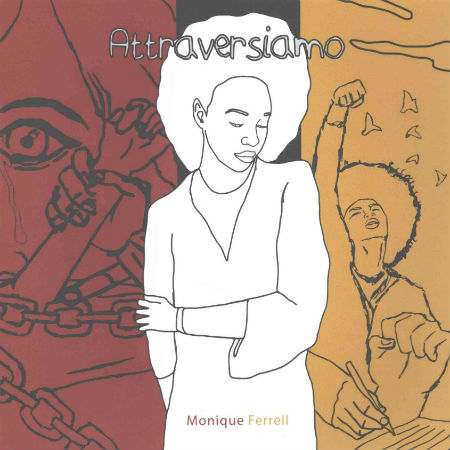 Read a Description of attraversiamo

Book Description:
ATTRAVERSIAMO, Monique Ferrell’s third collection of poetry, is an examination of a life in progress. It includes twenty-seven new poems that focus on the importance and impact of living within a skin that is both Black and female. Readers will find poetry that revisits local, national, and international tragedies; discussions about the power, "privilege," and pain of living as a woman in America; and an examination of what it means to survive, stand up, and willingly walk through to the other side. ATTRAVERSIAMO is a poetic discussion about transformation and why survival, thoughtful consideration, and life matter.