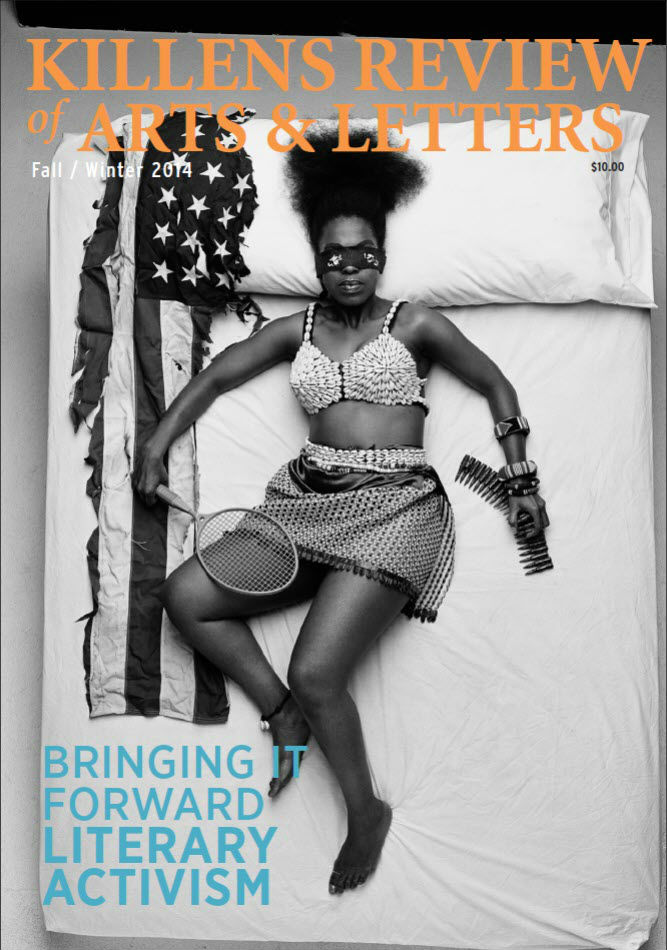 The Fall 2014 issue of the Killens Review acknowledges the importance of the literary works of writers and poets whose works were shaped by tumultuous times in our society. In a series of essays, writers Keith Gilyard, Rashidah Ismaili, and Arthur Flowers reflect on the work of author John Oliver Killens, who truly believed in the power of the written word. In her essay “Octavia E. Butler: A Biblical Parable Theorist,” Rev. Richetta Najuma Amen offers an engaging perspective on the works of Butler and the spiritual and layered meanings represented in her powerful and cautionary narratives. Our look at the Kamoinge Collective is also noteworthy, as the group of renowned photographers celebrated its five decades of camaraderie and sharing of beautiful and positive images last year. Also included in this issue is an original short story about gratitude by writer Lorna Goodison; an excerpt from novel Into the Go-Slow by Bridgett M. Davis; and Dr. Ron Daniels provides a poignant essay on the unjustified killings of young, Black men in America.

In the 1950s and 1960s, the late John Oliver Killens was considered a premiere writer-activist. While many of his books, such as Youngblood, reflect honest and realistic portrayals of African-American experiences, there was also the vibrant tone of activism in his telling of the story. Literature and art and politics may have their own distinctive ideals; however, when combined with an activist spirit at its heart the resulting work is powerful and memorable.

This year marks the 60th anniversary of the Brown v. Board of Education decision,and this summer marks the 50th anniversary of both the Civil Rights Act of 1964 and the Mississippi Summer Project, known as Freedom Summer, in which civil rights organizations including the Congress on Racial Equality (CORE) and Student Non-Violent Coordinating Committee (SNCC) organized a voter registration drive aimed at increasing voter registration in Mississippi. More than 1,000 people exhibited their activists’ spirit and voices to oppose social and racial injustice in the South.

Thinking back on these historic events in which activism was galvanized, it calls for reflection upon the ways activism has impacted art and literature – then and now.