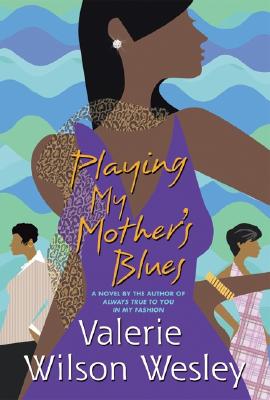 Hardcover Description:
In her triumphant new novel, bestselling author Valerie Wilson Wesley, one of the most respected and acclaimed voices in contemporary African American fiction, poignantly examines the stubborn bonds of family, passion, and a past that insists on repeating itself.Dani Carter was seven years old — her sister, Rose, seventeen — when their beautiful, impetuous mother, Maria, walked out of their lives, abandoning her husband and family for a love affair that would end tragically mere months later. Over the decades that followed, Dani was able to overcome the persistent pain and feelings of betrayal, eventually wedding a successful man and giving birth to a wonderful son. But love has long been missing from her marriage, propelling her into the arms of another and inspiring troubling thoughts of escape. If it were not for the distress caused by the recent death of her father, she might well have already been gone. The sins of the mother, Dani fears, have been visited upon the daughter.Dani’s sister, Rose, never spoke or speaks of their lost parent. And their iron-willed, driven father — who channeled his shame and anger into phenomenal business success — always made it brutally clear that he considered his ex-wife to be evil incarnate. But Dani remembers a sweet, funny, vivacious young woman who did everything with exuberant love and tenderness. And now that she finds herself in a similar heartbreaking situation, Dani can’t help but wonder who Maria really was.It’s a puzzle that may soon be completed, after a lifetime of searching for missing pieces. Maria, calling herself Mariah, is about to reenter her daughters’ worlds — at a time of emotional confusion and physical chaos — bearing secrets and bitter truths … and, perhaps, long-awaited answers to what could possibly drive a mother to sacrifice what was dearest to her heart.

Books similiar to Playing My Mother’s Blues may be found in the categories below: