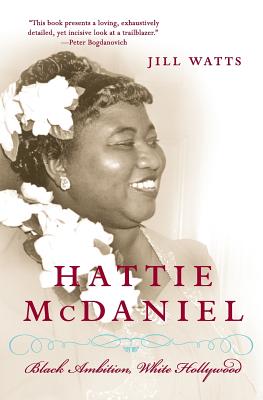 Book Description:
Hattie McDaniel is best known for her performance as Mammy, the sassy foil to Scarlett O’Hara in Gone with the Wind. Though the role called for yet another wide grinned, subservient black domestic, McDaniel transformed her character into one who was loyal yet subversive, devoted yet bossy. Her powerful performance would win her the Oscar for Best Supporting Actress and catapult the hopes of Black Hollywood that the entertainment industry after decades of stereotypical characters was finally ready to write more multidimensional, fully realized roles for blacks. But racism was so entrenched in Hollywood that despite pleas by organizations such as the NAACP and SAG and the very examples that Black service men were setting as they fought against Hitler in WWII roles for blacks continued to denigrate the African American experience. So rather than see her stature increase in Hollywood, as did other Oscar winning actresses, Hattie McDaniel, continued to play servants. And rather than see her popularity increase, her audience turned against her as an increasingly politicized black community criticized her and her peers for accepting degrading roles. "I’d rather play a maid then be a maid," Hattie McDaniel answered her critics but her flip response belied a woman who was herself emotionally conflicted about the roles she accepted but who tried to imbue each Mammy character with dignity and nuance.

More books like Hattie Mcdaniel: Black Ambition, White Hollywood may be found by selecting the categories below:

Tell us what do you think about Hattie Mcdaniel: Black Ambition, White Hollywood.